A WAY OUT OF FEAR

Do you have any fears? Any phobias? What scares you?

How many of you would say snakes? I’m with ya. Spiders? What about rats? Anybody afraid of heights? Closed in places?

Anybody afraid of water?

I remember facing my fear of water when I was about 10 years old. The place was the high dive platform Lake Isabella, south of Zanesville, in East Fultonham. I remember climbing up onto the diving platform and walking out. It was probably only about 12 feet above the water, but it felt like 1200.

I looked at the water and thought, “Oh, I cannot do this.” And I wanted to turn around and climb down. But there were kids behind me waiting to go. All of a sudden, they started yelling, “Come on Dennis, just jump! Just jump in! So, with butterflies in my stomach and everything turning, I just jumped. And to my surprise, I didn’t die. I didn’t drown. I didn’t pass out. In fact, it was kind of cool. It was so fun, it was so energizing, that I climbed right back out, got in line and jumped off again.

Today, I want to tell you about a scary time in the Gospel, the midst of a storm at sea, when Peter jumped in water over his head.

Immediately Jesus made the disciples get into the boat and go on ahead of him to the other side, while he dismissed the crowd. After he had dismissed them, he went up on a mountainside by himself to pray. When evening came, he was there alone, but the boat was already a considerable distance from land, buffeted by the waves because the wind was against it. Matthew 14:22-24

The passage begins by saying that disciples were in a huge storm out in the Sea of Galilee, also called in the New Testament the Sea of Tiberias, named after the Second emperor of the Roman Empire, Tiberius. 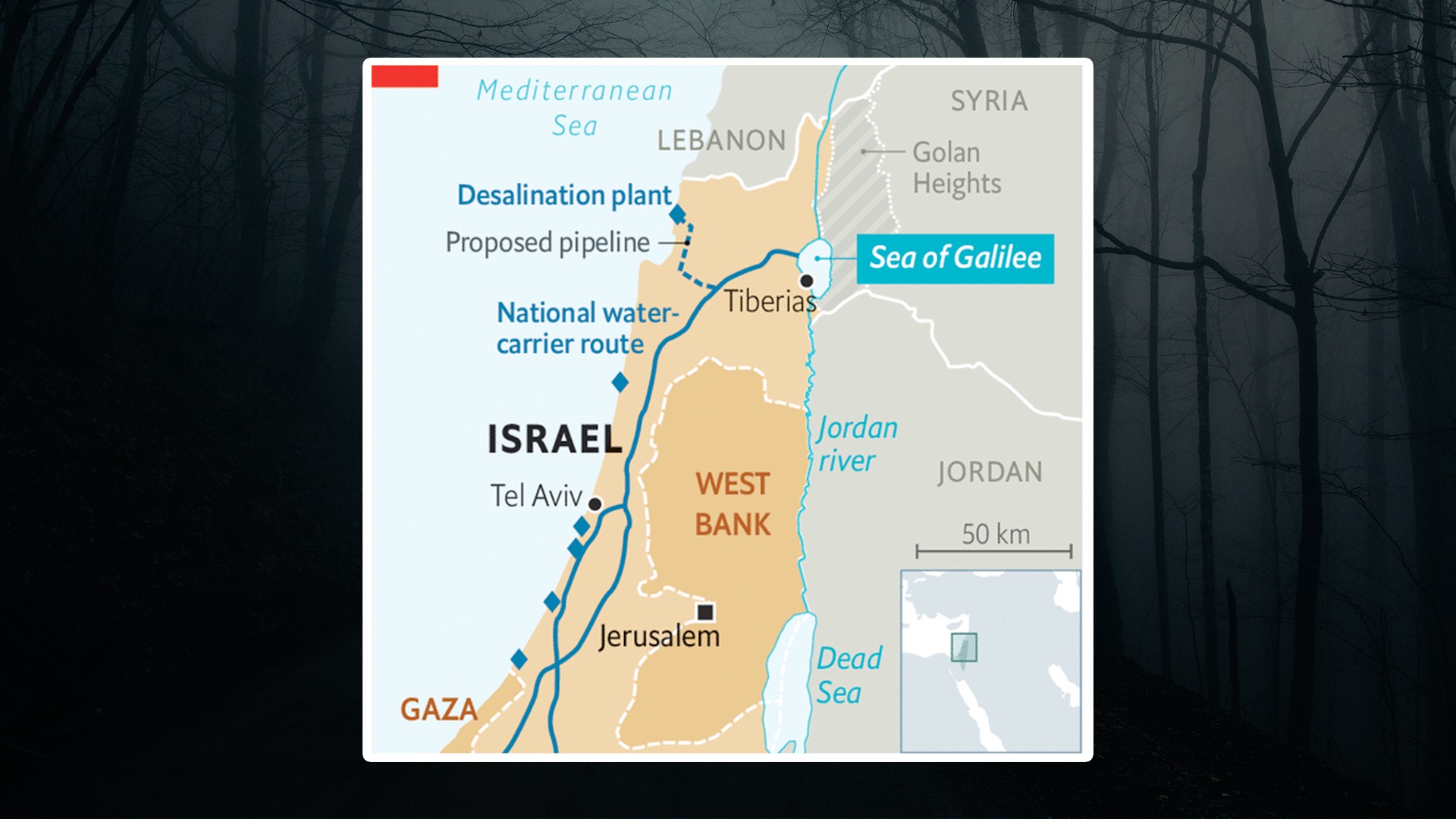 The Sea of Galilee/Tiberius is actually a large freshwater lake, fed by the Jordan River from the headwaters at the foot of Mt. Hermon. Now here is why it gets extreme weather. The lake is located in the Jordan Rift Valley. Winds descend from Mount Hermon which is 40 miles north and sits 10 thousand ft. It is often snow covered. To the south of the lake is the Jordon River and the Dead Sea, the lowest place on earth. So, the Jordan Valley creates this huge wind tunnel and when these cold winds sweep down off Mount Hermon and warm air comes up from the Dead Sea and all that wind passes over the shallow waters of the Sea of Galilee, this creates huge storms.

“During the fourth watch of the night Jesus went out to them, walking on the lake.” Matthew 14:25

Matthew tells us in verse 25 that it was the fourth watch of the night. The Romans divided the night into four watches. The fourth ran from 3:00 a.m. to 6:00 a.m.

“When the disciples saw him walking on the lake, they were terrified. ‘It’s a ghost,’ they said, and cried out in fear.”  Matthew 14:26

The wind has pushed them into the deepest part of the lake. They were now floating over what they called, the abyss. The abyss means “bottomless pit”. Jews believed at the time the Sea of Galilee was so deep it went down to the underworld. And there was a portal from the underworld where demons and other spirits lived. That’s why the sailors on the Sea of Galilee didn’t like to go across of the middle of lake like that, because they were passing over the portal of the underworld. Instead, they would stay close by the shoreline.

So picture this in your mind: It’s totally dark, in the middle of the night, you are in a small boat in the middle of the storm, and you are standing over the abyss! And through the wind and the waves you see a man – a ghost – walking toward you out on the water. Can you understand why they were so terrified?

I’m sure at first they didn’t know it was Jesus. Who did they think it was? Probably a ghost, a demon, coming up from the underworld to get them.

When the disciples saw him walking on the lake, they were terrified. “It’s a ghost,” they said, and cried out in fear. But Jesus immediately said to them: “Take courage! It is I. Don’t be afraid.” Matthew 14:26-27

I love that word from Jesus –“Take courage! It is I. Don’t be afraid.” This story of course is what happened on the Sea of Galilee a long time ago, but the Gospel writers record it because it is what happens in your life when you go through the storms, and the role that Jesus plays for you.

When you are going through a storm, the wind and waves are nearly taking you under and you are not sure you are going to survive, Jesus still walks on water – to come to where you are!!

The cancer is still there.

You may still struggle with mental illness.

But he is walking with you or sailing with you in the boat. And somehow that makes it a little less terrifying.

Now, we turn our attention to Simon Peter. Peter is a faithful but flawed disciple. And that’s the truth with all of us. We are people that struggle with the gospel we claim to believe. So, in Peter’s story we find part of our story.

“Lord, if it’s you,” Peter replied, “tell me to come to you on the water.” “Come,” he said. Then Peter got down out of the boat, walked on the water and came toward Jesus. But when he saw the wind, he was afraid and, beginning to sink, cried out, “Lord, save me!” Immediately Jesus reached out his hand and caught him. “You of little faith,” he said, “why did you doubt?” Matthew 14:28-31

Isn’t interesting that Jesus is the “immediate Jesus”?

(Verse 22) Immediately Jesus made the disciples get into the boat

(Verse 31) Immediately Jesus reached out his hand and caught him.

He is the immediate Jesus. If we cry out to him today saying, “Lord, save me!” He will not someday. He will immediately.

So, I wouldn’t be a faithful minister of the gospel if I didn’t invite you to trust Jesus today for salvation.  May Peter’s words be our words, “Lord, save me!”

And when they climbed into the boat, the wind died down. Then those who were in the boat worshiped him, saying, “Truly you are the Son of God.” Matthew 14:32-33

Over the years I’ve heard many sermons chastising Peter’s faith. “He took his eyes off Jesus and look what happened” preachers have said. Yet, when we take a second glance at this miracle story we are profoundly challenged by Peter’s faith. For Peter was the only disciple willing to get out of the boat and he walked on water! If Peter was a failure, then there were 11 worse failures in the boat who never risked walking on water.

Perhaps Jesus is calling you in a still small voice to do something with your one and only life. I don’t know about you, but I don’t want to live in the “woulda, coulda, shouldas!”

My fear is that some of you would go your entire lifetime and never experience the full adventure of what God wants to do through you. Peter was the only disciple who walked on water, and later became the leader of the church, because he was willing to get out of the boat and walk to Jesus.

So today, I hope maybe I’ve been like the voices of encouragement. One of those who would say, just jump in the water, and “taste and see that the Lord is good.”