Daniel 3:16-30
Shadrach, Meshach, and Abednego answered King Nebuchadnezzar, “Your threat means nothing to us. If you throw us in the fire, the God we serve can rescue us from your roaring furnace and anything else you might cook up, O king. But even if he doesn’t, it wouldn’t make a bit of difference, O king. We still wouldn’t serve your gods or worship the gold statue you set up.”

This truism is at the heart of one of the most iconic and ironic stories in the Bible. It is iconic because of a courageous decision that led to a miraculous outcome. However, it is ironic because prior to the miracle the story consists of an awful pattern of oppression, racism, as well as patriotism gone bad by a nation who neither knew nor respected the God of the Hebrews.

This instance centers around three Hebrew men, namely Shadrach, Meshack and Abednego who had been taken captive in their childhood years by the Babylonian empire. An undertaking which was a temporary method of Divine punishment for Israel’s continuous disobedience of God. Nevertheless, King Nebuchadnezzar would take full advantage of the opportunity to seize control of this nation by exploiting its most promising young people by training them to serve the interest of his empire instead of their own nation. Subsequently, he subjected these young men to a systematic process of oppression that involved: assimilation (changing their location), acculturation (changing their names as well as their diets) and miseducation (attempting to change their identity).

Somehow, these three young men managed to not only survive but to even thrive throughout this process without giving up their faith-based identity. They became high ranking officials in King Nebuchadnezzar’s cabinet and apparently enjoyed all the privileges and perks pertaining thereunto. That is until, the King went too far, and decided to have a 90 ft. tall golden image built for his people to worship. Being a polytheist, King Neb (as I like to call him) believed in a pantheon of gods. Yet his desire to erect the golden image was not merely to submit to it as his god, but to use it to impose and project his own god-like sense of authority and power onto his people. 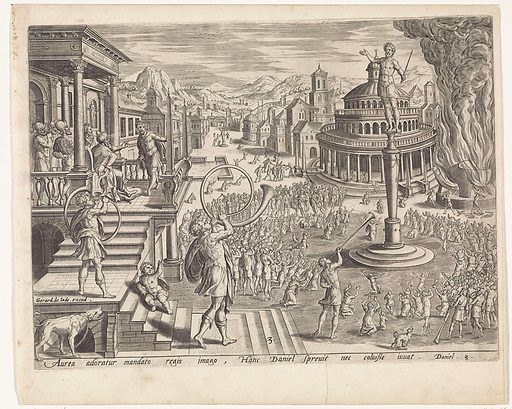 Thus, the golden image itself was less a representation of any spiritual power and more-so a glorification of human power. It was an awe-striking display of an empire and leader that was intoxicated and perhaps even overdosing on his self-prescribed medicine of pride and irreverence. The edict or law which he established upon the completion of the image was simple and straightforward: everybody must bow before it or be cast into what some Biblical scholars believe to have been the very furnace in which the gold/medal that made up the image was produced.

So, these three Hebrews find themselves confronted with the question: to bow or not to bow? To them, bowing was not something to be taken lightly. Bowing was an act of worship that according to their faith, was only permissible before God. This was not just some regular mandate given by their King which they refused to do because they did not want to. Their boss was commanding them to violate their faith to appease his ego. This was a request that went against the very core of their being. And as unfair as it seemed and may have been, it all came down to their choice.

Every day we – Christians and non-Christians alike – find ourselves confronted or avoiding oppression of some kind. Relationally, socially, racially, and at the core of it all, spiritually. Satan and the demonic forces of the kingdom of this world have one objective: to make us bow before gods of their or even our own making. Whether it is to money or time, a certain race or gender, a political figure or action hero, a certain political ideology or secular institution, drugs, or other weapons of self- destruction. They want us to surrender or completely give ourselves to anything other than the true and living God so they can rob us of His favor and care.

Surely, Shadrach, Meshack and Abednego did not attain their high – ranking positions without the trust of the King. I can almost hear them thinking to themselves: So, what will it be? The Kingdom of Nebuchadnezzar or the Kingdom of God? Our social and professional privilege or our spiritual integrity and freedom? A fire-free life or a fire-proof faith? Amazingly, with their very lives on the line, they chose faith.

Even when King Neb personally confronted them and ordered the furnace to be turned up to its maximum heat thinking they would just give in and spare him and themselves embarrassment, they chose faith.

Why would they go through all that trouble?

And more importantly, why should we? They knew that in this instance, their actions spoke louder than any words could have. Likewise, our most important choices are made evident as much if not more by our actions than our speech. Faith is more about action than answers. Choosing faith does not always give us answers to our problems or the questions of life but it leads us to the proper action when dealing with them. That is what makes it our best option.

To choose faith is to choose the furnace of affliction over godless tokenism. The kingdom of Heaven over the Kingdoms of this world. It is choosing the church over the state/nation. The cross over the flag. The Bible over the Constitution. Character over convenience. Integrity over expedience. Dignity over debauchery. Truth over lies. Jesus over everything and everybody.

And when we choose Jesus, our hearts are set on fire by the the miraculous power of God at work in our lives.

Choosing faith got these upstanders thrown in the fiery furnace at its maximum heat. Their courageous faith was not fire-exempt, but it was fire-proof. King Neb must not have known that their God once described Himself (Deuteronomy 4:23) as a “consuming fire.” Thus, to know and serve Him is to be set on fire – not from without but from within. It is scientifically impossible for fire to consume itself. Fire can only spread itself. Therefore, when he had these young men thrown into the furnace, they were literally fighting fire with fire.

Which is why shortly after they were thrown in, he took notice that things were not going as planned. So, he got up and looked in the furnace for himself. What a sight he did see!

Then King Nebuchadnezzar leaped to his feet in amazement and asked his advisers, “Weren’t there three men that we tied up and threw into the fire?” They replied, “Certainly, Your Majesty.”

He said, “Look! I see four men walking around in the fire, unbound and unharmed, and the fourth looks like a son of the gods.” Daniel 3:24-25

With the very soldiers who threw the three Hebrew men into the kitchen-sized furnace dead in the doorway, he saw four men walking around amid the fire – free of burns, free of smoke, and free of chains.

But his eyes were fixed on Jesus, who was undoubtedly the Fourth Man. No, King Neb did not call the fourth man Jesus and yes, substantial scholarship suggests that as best he thought the figure to be the son of the gods. But no one blinded by sin as he was can ever see Jesus clearly until we choose faith.

No, choosing faith is not always the easiest or clearest way, but the presence and protection of the FOURTH MAN comes with it. 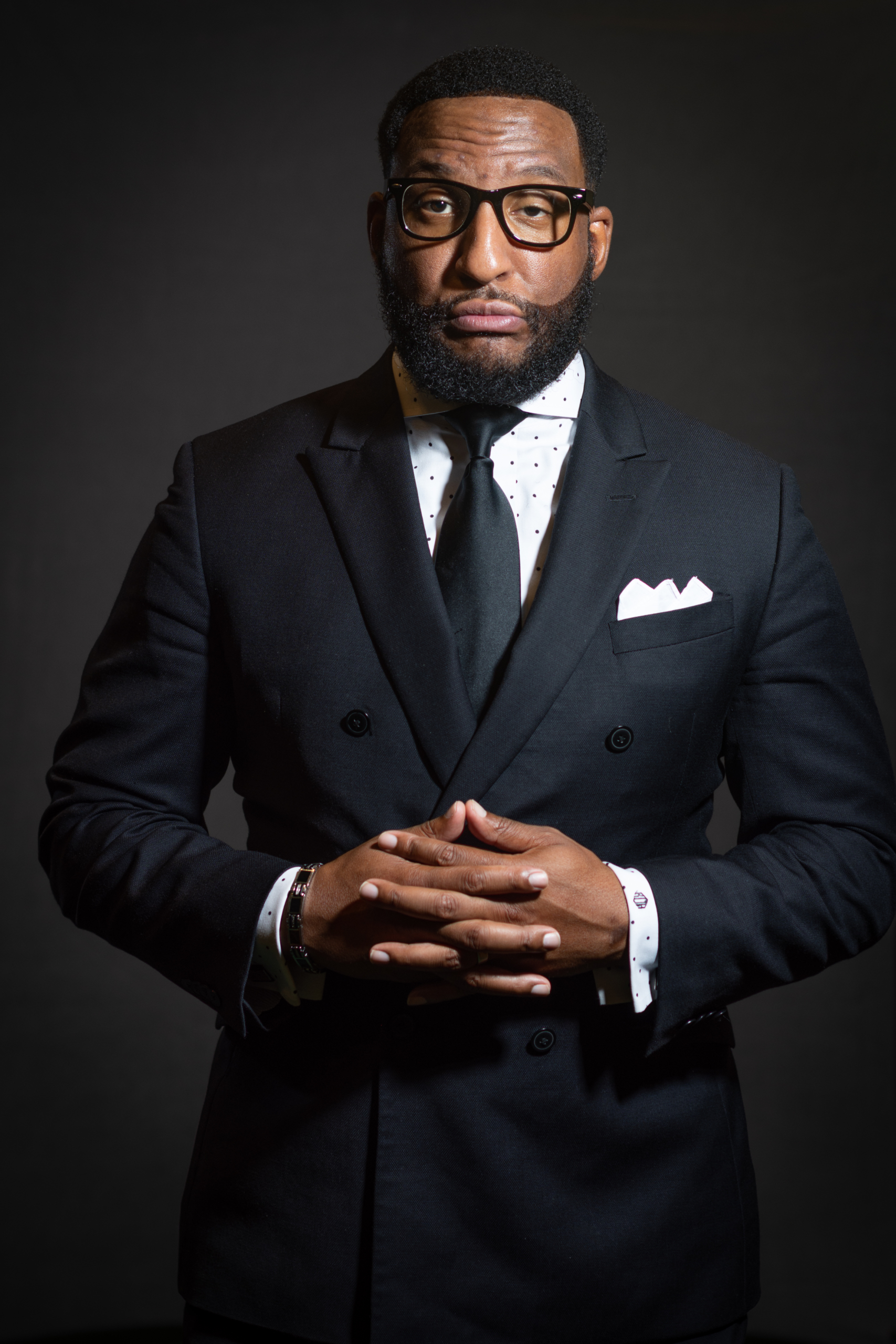