Skip to content
Do The Work | Pastor Rachel Billups

A couple of weeks ago I was in our kitchen when I heard my youngest daughter let out a blood curdling scream from the back yard. By the time I reached her I was looking for an injury, but there wasn’t any.  Her older siblings weren’t anywhere near her, and she was standing in the middle of the yard all by herself.  That’s when I realized what was happening.  She was screaming at the cicadas. 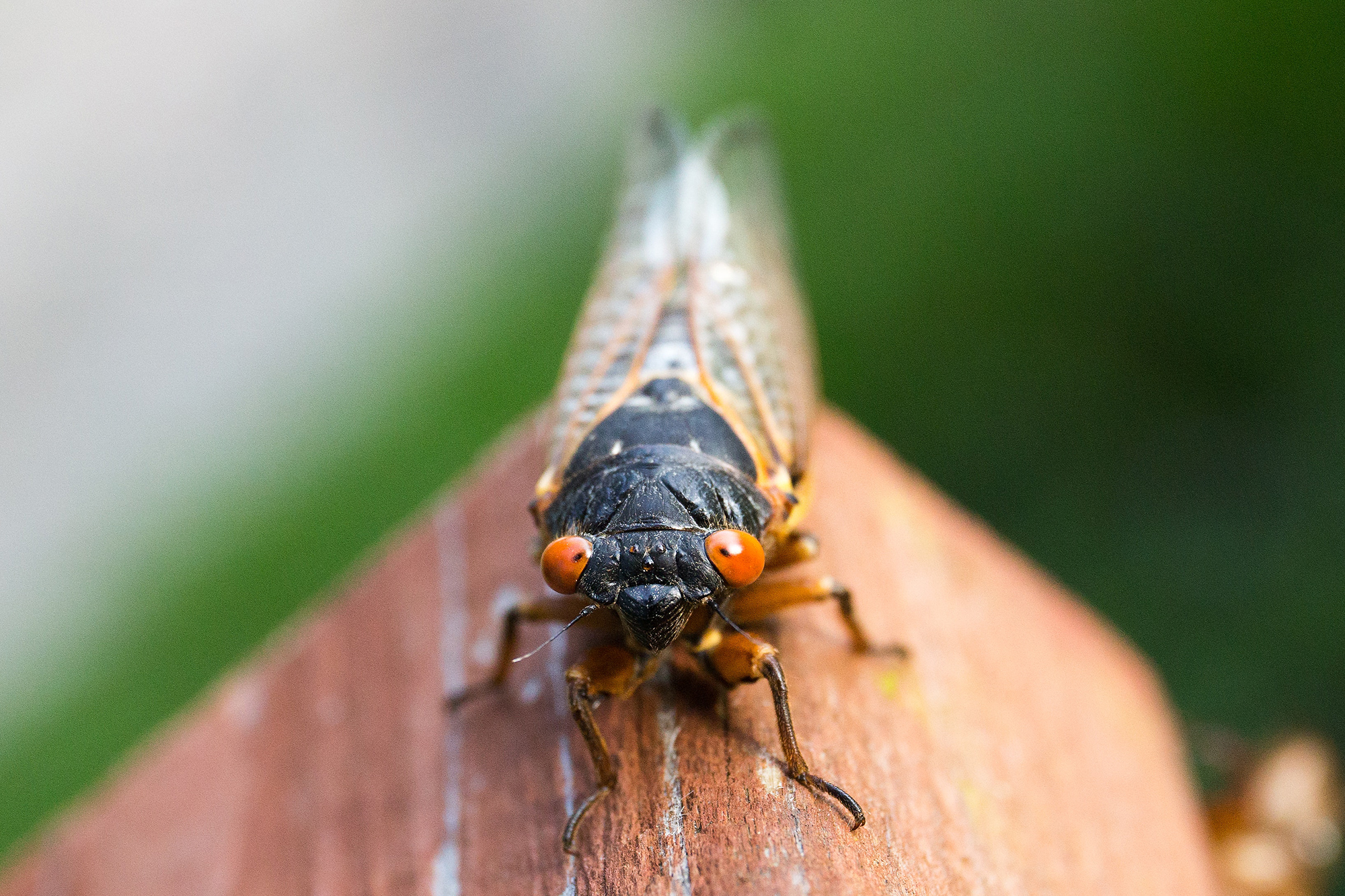 One of these seasonal insects had climbed onto her arm!  Sarah was terrified. Oddly accurate…. They’ve induced panic in people walking their dogs, there’s even been an uptick in car accidents because people leaving their windows open have been surprised by these unwanted visitors.  For some, cicadas have introduced a whole new level of fear!

Truth is you and I carry with us a mixed bag of fear.  Some of it’s personal, old stories that keep us from moving forward or anxieties like the cicadas that paralyze us as we wonder how we’ll ever take our next step.

Cicadas? The future? A relationship? A nagging anxiety? Added to our personal fears, there’s no shortage of political pundits and news outlets keeping the doomsday prophecies coming. Be afraid–be very afraid is the clear message. When the heat is on, when fear is on the rise, we are searching for answers, anxious for any divine sign of hope.  As the cicadas swarm, the four-year-old inside us wants to scream, “What’s happening and what are we supposed to do about it!?” We’ve got more than a bug problem; we’ve got a fear problem.

I don’t know what you are facing today, I don’t know what news outlet you’re tuning in to, but I know this: you and I have a God opportunity to step up and show up.  This is no time to stand by. It’s time for us to be UPSTANDERS IN A BYSTANDER WORLD!

THE TIME IS NOW

History recalls that we aren’t the first people to face challenges of epic proportion.  Daniel and his companions are Israelites, part of God’s people who’ve been dragged off to the city of Babylon. They didn’t choose this fate – no, this fate chose them.  Everything they’ve known about their lives, their family, their lifestyle, their identity has been stripped away.  There is no regard for who or how they worship.

“It was the third year of King Jehoiakim’s reign in Judah when King Nebuchadnezzar of Babylon declared war on Jerusalem and besieged the city. The Master handed King Jehoiakim of Judah over to him, along with some of the furnishings from the Temple of God. Nebuchadnezzar took king and furnishings to the country of Babylon, the ancient Shinar. He put the furnishings in the sacred treasury. 3-5 The king told Ashpenaz, head of the palace staff, to get some Israelites from the royal family and nobility—young men who were healthy and handsome, intelligent and well-educated, good prospects for leadership positions in the government, perfect specimens!—and indoctrinate them in the Babylonian language and the lore of magic and fortunetelling. The king then ordered that they be served from the same menu as the royal table—the best food, the finest wine. After three years of training they would be given positions in the king’s court. 6-7 Four young men from Judah—Daniel, Hananiah, Mishael, and Azariah—were among those selected. The head of the palace staff gave them Babylonian names: Daniel was named Belteshazzar, Hananiah was named Shadrach, Mishael was named Meshach, Azariah was named Abednego.” (Daniel 1: 1-7 The Message)

Jerusalem has experienced a hostile takeover, finding itself in unbelievable circumstances. Exile, stinks!  It’s those moments in life where we feel separated, isolated, a sense of loss, a confusion in who we are or where we are going.  What’s exile looked like for you lately—separation from family?  From employment? From a friendship decimated by this pandemic or even the latest season of politics?  Like Daniel and his companions, we, too are living in a very different country than we did over a year ago.  Many days our lives don’t feel like our own.  Perhaps your dreams have been placed on hold, you are no longer able to finish that degree, seal the deal on that relational commitment, or claim the same street address.  Maybe this unchartered territory has altered your trajectory.  Suddenly life is not the way it used to be—and it’s sinking in slowly that it’s not going to be.

Life has changed, yeah, and oh by the way…so have we.

Faithful people through the ages have read the book of Daniel to gain courageous hope. It was the book of Daniel that empowered the Maccabean brothers to take their stand against the oppressive ruler Antiochus. Jesus used images from the Book of Daniel to give hope to 1st century Jews in the face of their Roman oppressor. The writer of New Testament book of Revelation was also inspired by Daniel to gift those 1st century Jesus followers hope in the face of certain death. And if we’re listening, Daniel will teach us what it looks like to stand up and embrace this time and our collective God-given purpose. And it’s going to start with some inside work for every single one of us.

“But Daniel determined that he would not defile himself by eating the king’s food or drinking his wine, so he asked the head of the palace staff to exempt him from the royal diet. The head of the palace staff, by God’s grace, liked Daniel, but he warned him, “I’m afraid of what my master the king will do. He is the one who assigned this diet and if he sees that you are not as healthy as the rest, he’ll have my head!” 11-13 But Daniel appealed to a steward who had been assigned by the head of the palace staff to be in charge of Daniel, Hananiah, Mishael, and Azariah: “Try us out for ten days on a simple diet of vegetables and water. Then compare us with the young men who eat from the royal menu. Make your decision on the basis of what you see. (Daniel 1:8-13 The Message)

As Jews these young men had many healthy practices, among them eating certain foods and not eating others.   They were ordering their lives so that they could stay faithful to God and their community of faith. God was preparing them to be leaders – upstanders if you will.

SET YOUR INTENTIONS & DO THE WORK

…That promise didn’t expire in 2020.  Jesus is calling us to live full lives, hope-filled lives, courageous lives.  And we get there by setting our intentions.   Daniel and his companions set their intention.  No sugar, no fatty foods, no meat, basically water and vegetables for the three years that they sat at the king’s table—that’s intentional, that’s living on purpose, that’s setting your intention.

Three weeks ago, I was alone on a retreat. Why was I there? To set my intention—to focus on what Jesus wanted to do in my life.  And I happened to be close to the beach and found myself wanting to swim in the ocean alone.  Sounds glorious, right?  There was just one small problem: I’m a bad swimmer. I have a legit fear of the water. But I wanted to go for a swim: so, with my intention set I made a plan and worked it.  I checked the weather, I sat near the lifeguard station, I made note of all the nearby riptides—that day they were visible. And I even made new friends to swim close to!  Why?  Because I wanted to swim in the ocean, but I didn’t want to die.  Some may say I seemed a little paranoid.  I say nope, just prepared.

Set your intention, make a plan, then work it.

The water of life is swirling. The rip tides are real; your intention is to stand strong. Make a plan and work it. Let me share a practice I call butt-time with Jesus:

Set your intention—spend time with Jesus. And witness what God will do!