Four Surprises About My First Experience With Virtual Reality

Off and away we go…

I know I’ve been talkin’ up this whole VR thing. Truth be told, this was my first time EVER experiencing virtual reality. 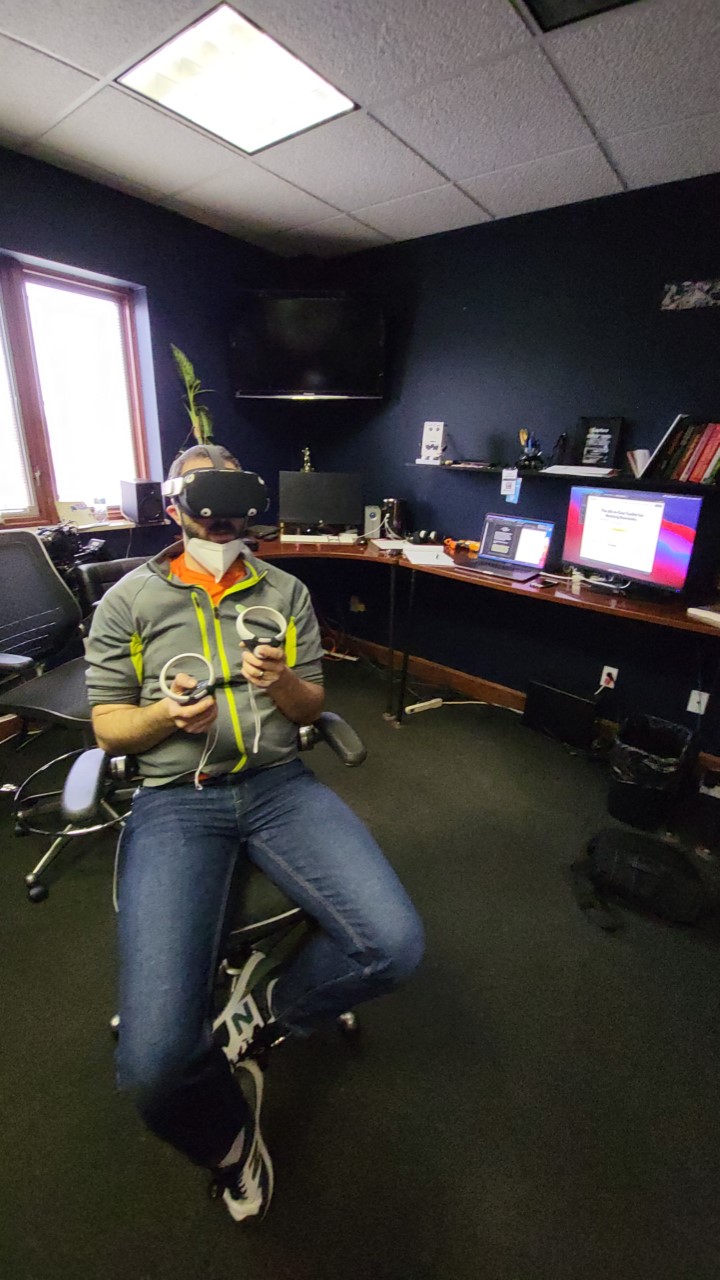 Ginghamsburg has just received a $3,000 grant from the Texas Methodist Foundation, which has “granted” us (see what I did there) permission to explore ministry in the “metaverse”. Those quotations around “metaverse” are only intended to acknowledge it as a still-emerging socio-technological ecosystem. It’s definition remains lacking.

We built a shopping cart of seven (yes, seven) Meta Quest 2 VR headsets, all with cases and comfort accessories.

It was mostly what I expected, but I also encountered plenty of surprises.

Here’s what might surprise you about VR as well:


The first thing I had to do after fixing the headset to my cranium was set the guardian. Using infrared (maybe? I don’t know… I’m not that smart), the headset lets you see your physical surroundings in fuzzy black and white, and you custom draw your safe area, which then becomes a virtual wall that appears when you get too close to physical objects during gameplay. 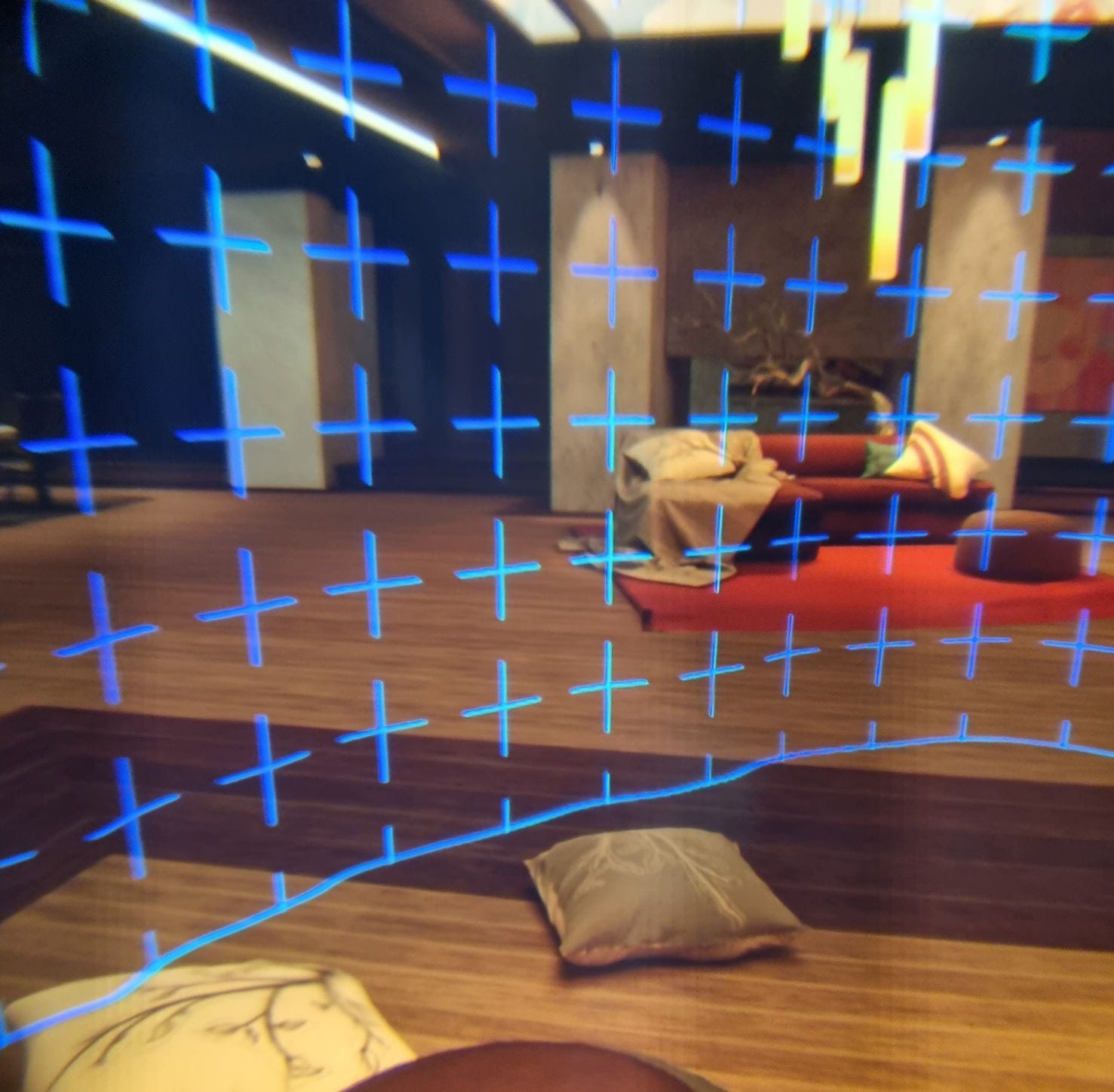 This was wonderful. Although, as my wife was exploring the Gravity Sketch app, I stepped into her guardian and she smacked me with a stroke of her paintbrush. 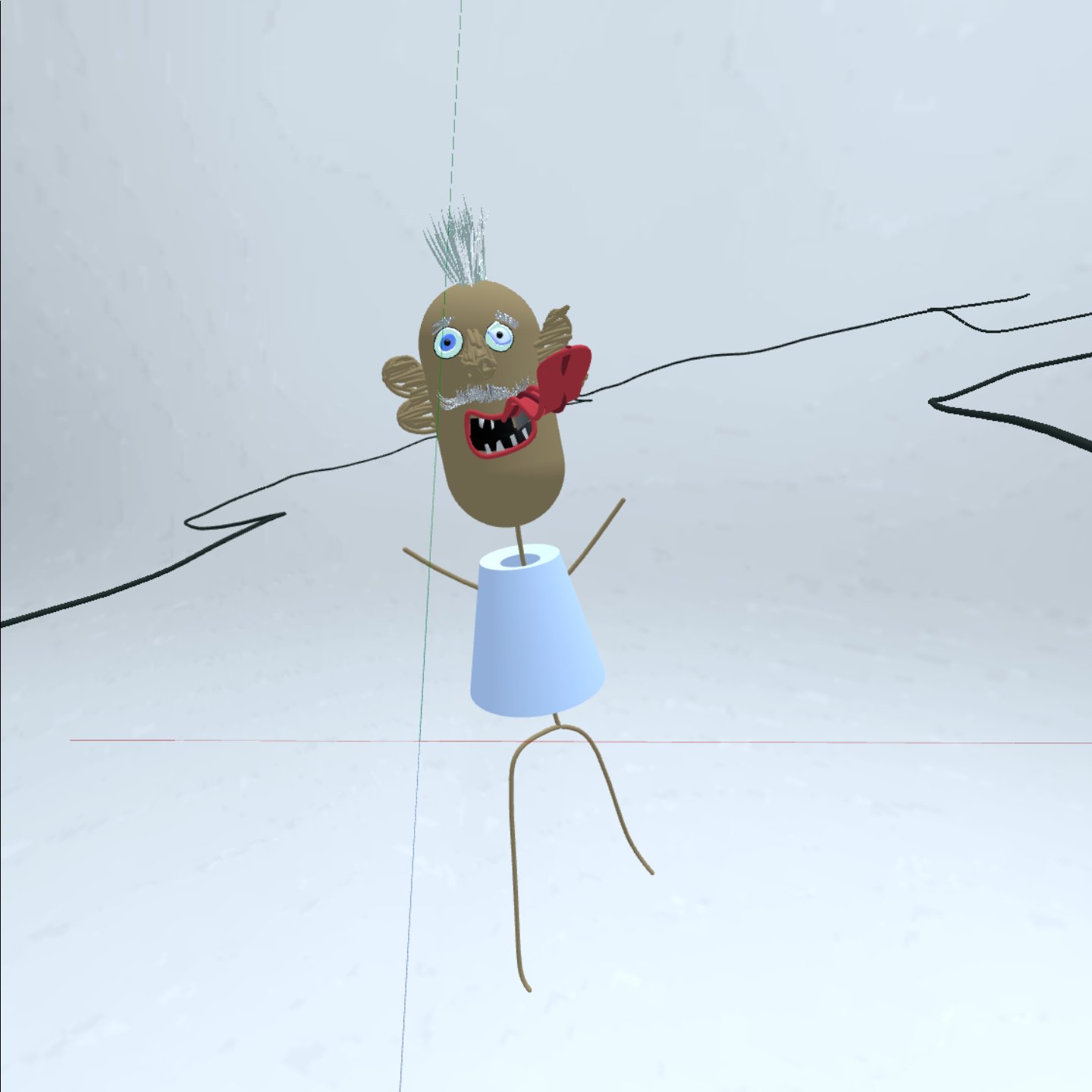 My first sketch in Gravity Sketch

Rule #1 – If you see someone wearing a VR headset, stay out of reach.


Have you ever tried to close your eyes and touch your pointer fingers together? I thought it would be just as hard to find/grab the controllers with my hands once the headset blocked my view. But alas! My hands found the floating controllers just where the screen told me they would be! They even had a ray of light so I knew exactly where the controller was pointing. I found navigation to be friendly, intuitive and most importantly, the environment believable. 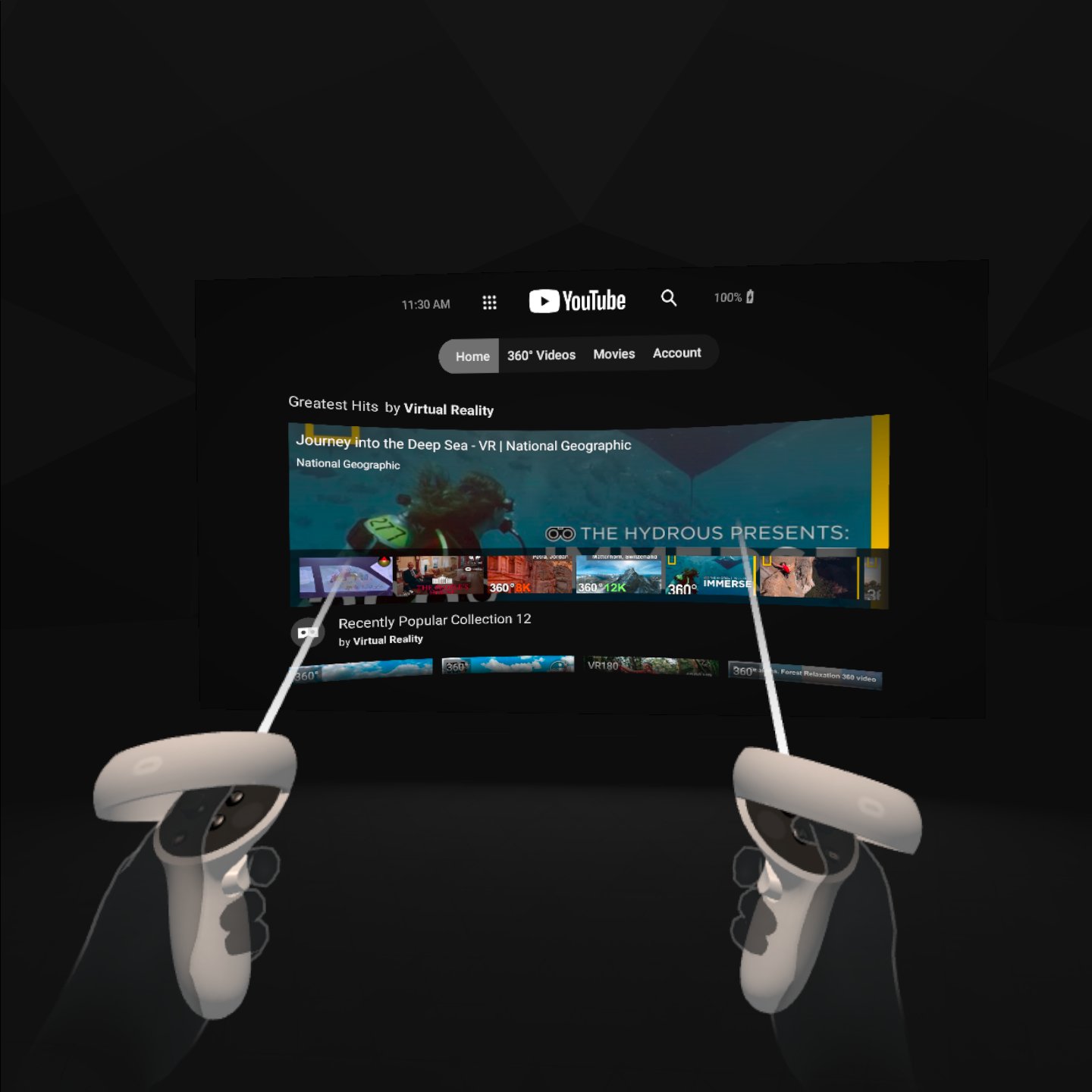 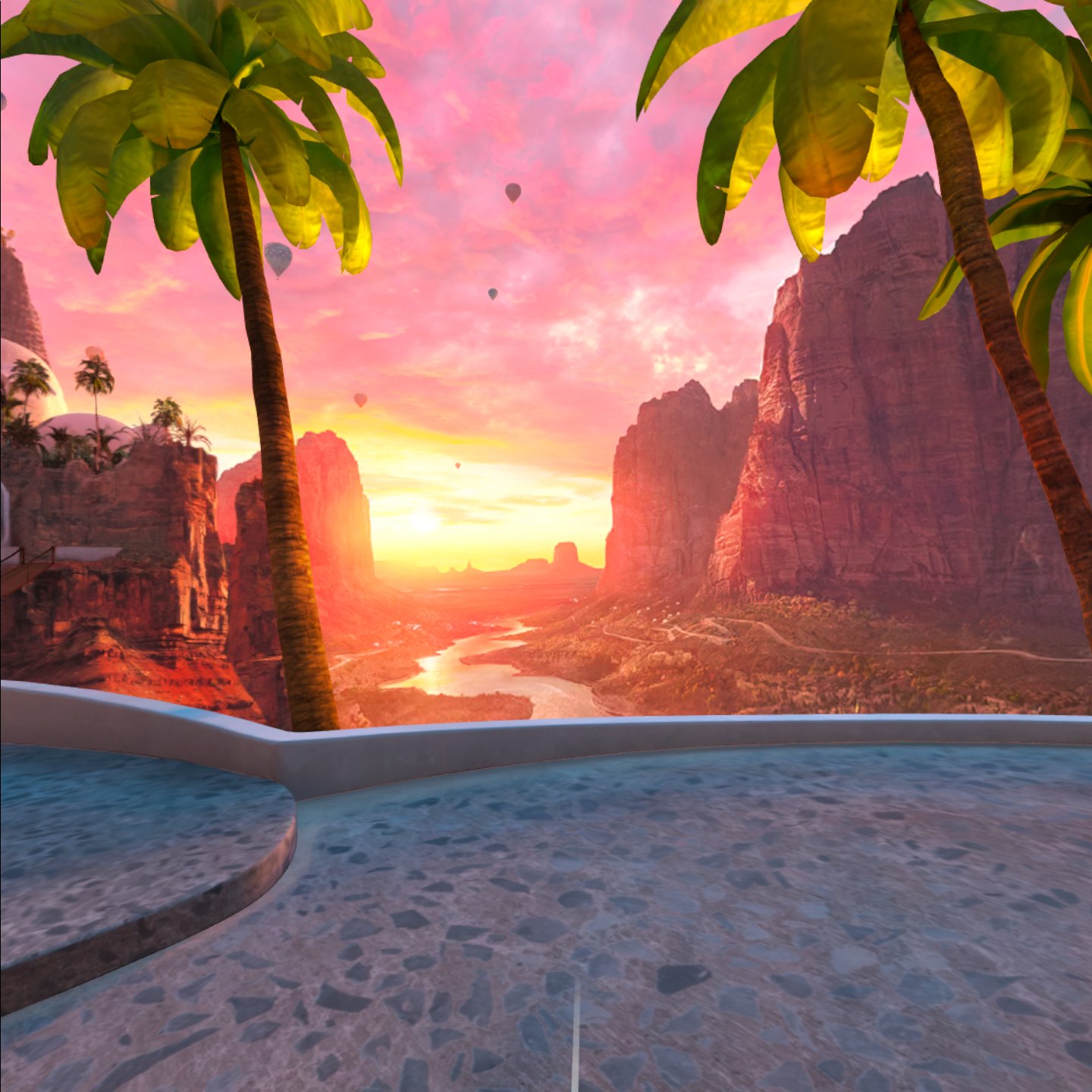 The first app I tried was the Beat Sabor demo. Slicing colored blocks to a singular song with my digital light sword was enough to make me sweat. Also, it convinced me that VR gaming is legit. 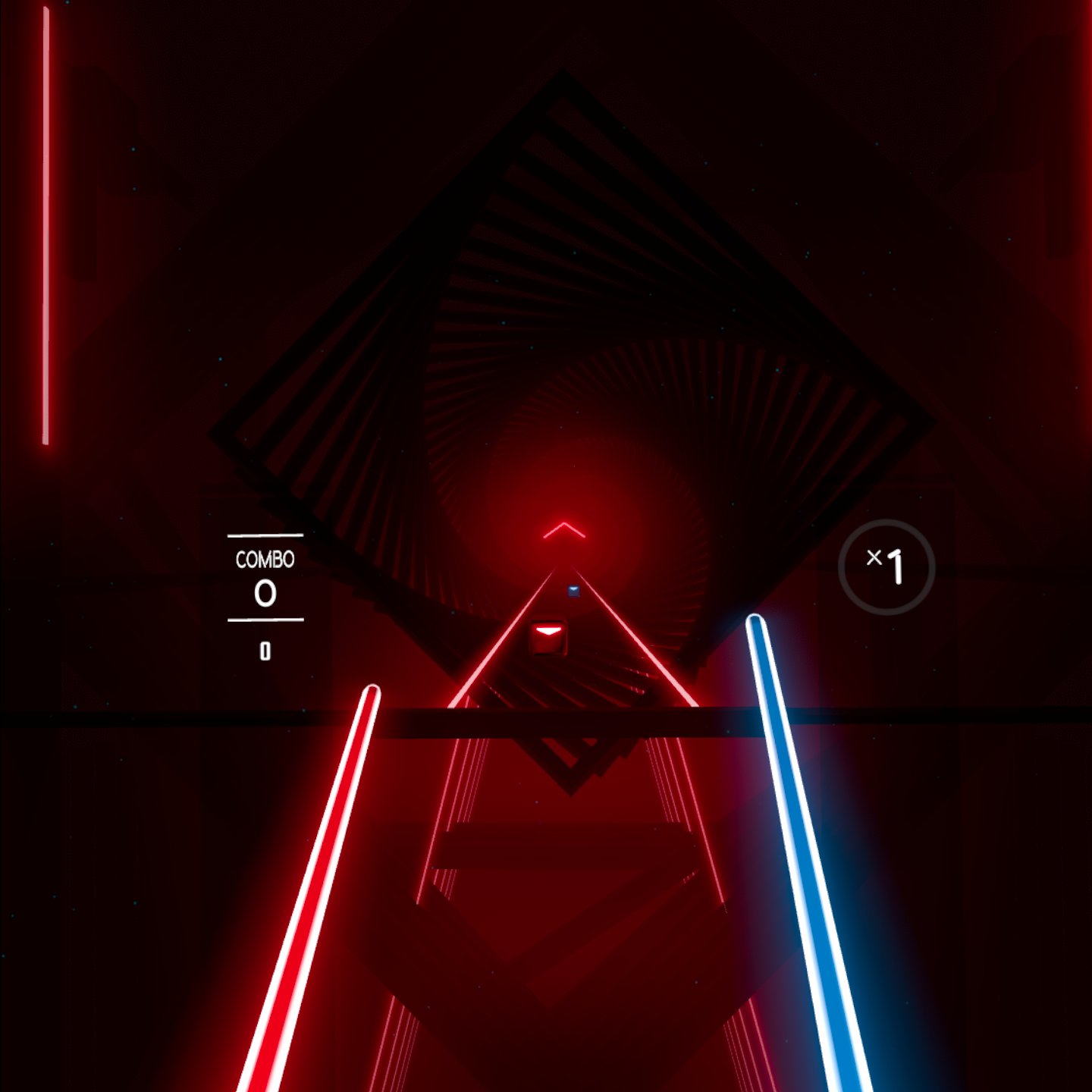 Rule #2 – Set yourself a timer, because VR eye-strain is a real thing.


Youtube VR is another app I explored. I visited the Swiss Alps, the Great Coral Reef, went for a Luge in Beijing and even experienced a “live” performance of Bethoven’s 5th just for me! Each experience sprawlingly focal-point-free.

The struggle here might be consumer access to maximum resolution 360 cameras. My awe ballooned and compressed with the picture quality. Good storytelling helps, but you can tell the rules of editing are being rewritten. While this art form may still be raw, it takes global exploration to a new chapter.

Rule #4 – Don’t forget that your spouse is filming you and all your “whooooaa”s as you venture out of the ISS in your space suit for the first time.


Not that weird is bad, but my first voyage into the VR Chat app made me hesitant to plan a second trip. And I say “trip” with all the 1970s connotations. 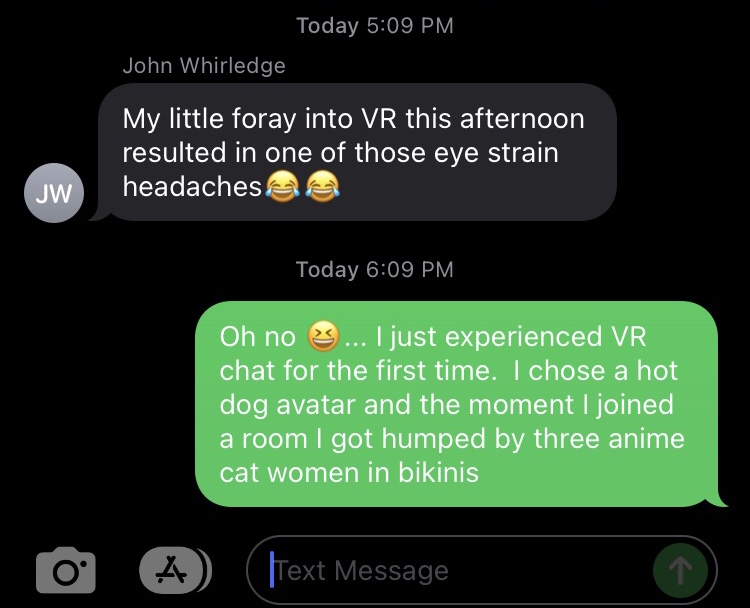 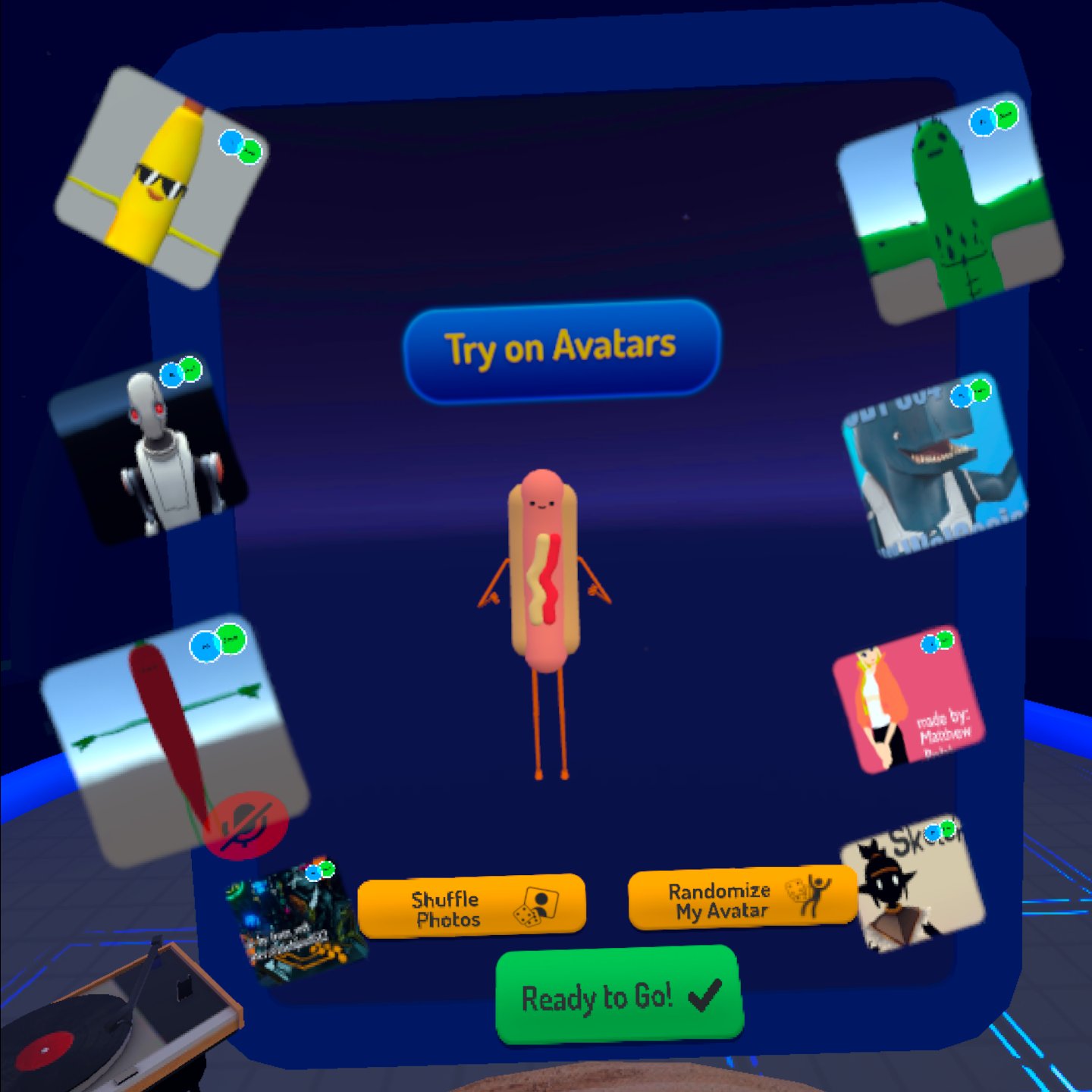 Choosing an Avatar in VR Chat is tricky business

BUT – behind every avatar is a real person, with real struggles and with real hopes. Real people who need a real Jesus. And frankly, Jesus didn’t seem to be anywhere in the room. That’s an opportunity, isn’t it?

Rule #5 – check the time, because now it’s getting dark outside, and you forgot to cook dinner for the kids.

Obviously, there’s a lot to learn. We’re not going to figure out “ministry in the metaverse” overnight. For now, I’m simply grateful for the chance to explore. Besides, we won’t know what VR is until we’re already passed it. So until then, let’s play.

Next blog we’ll dive in to the existential challenges of escapism, isolation and whether or not virtual connections are indeed real. My face in the picture below is a pretty good representation of how I feel about all that. 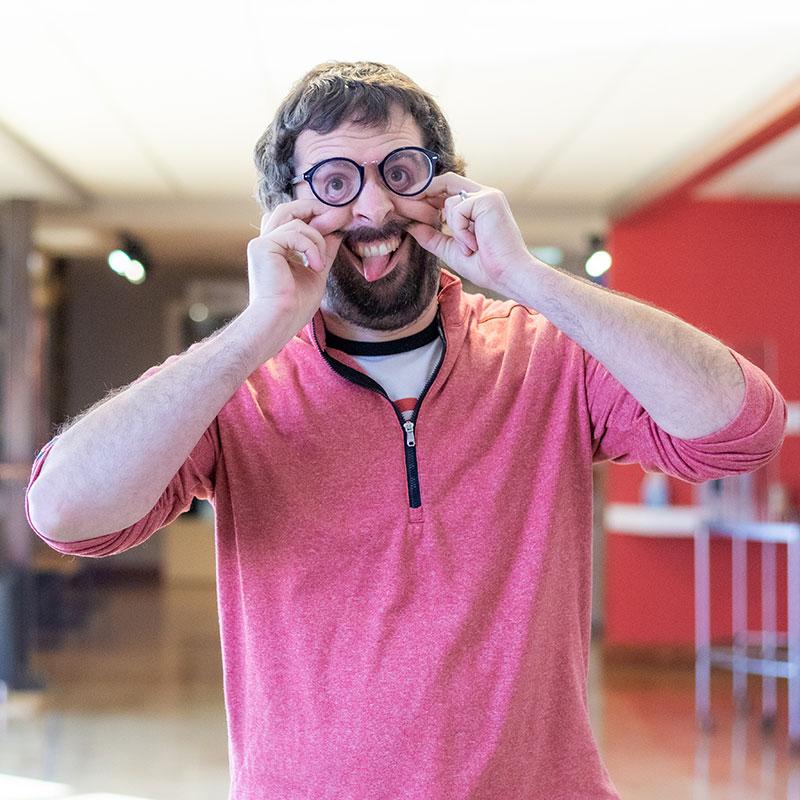