The parable of the good Samaritan is one of the most gripping stories in the Bible, as it has won its way into the heart of humanity.

“A man was going down from Jerusalem to Jericho, when he was attacked by robbers.  They stripped him of his clothes, beat him and went away, leaving him half dead.  A priest happened to be going down the same road, and when he saw the man, he passed by on the other side.  So too, a Levite, when he came to the place and saw him, passed by on the other side.  But a Samaritan, as he traveled, came where the man was; and when he saw him, he took pity on him.  He went to him and bandaged his wounds, pouring on oil and wine.  Then he put the man on his own donkey, brought him to an inn and took care of him.  The next day he took out two denarii and gave them to the innkeeper.  ‘Look after him,’ he said, ‘and when I return, I will reimburse you of any extra expense you may have.’” Luke 10:30-35

The road from Jerusalem to Jericho was known to be a dangerous road.  Most traveled in groups and it would not be unusual to find a wounded person on this route.  This man was wounded physically, attacked, stripped, beaten and left half dead. And while we hear accounts of this type of wounding far too often, let’s remind ourselves that there are many other kinds of wounded people that we meet.  Wounded economically – struggling with a lack of finances or resources to meet the needs of daily life.  Wounded by health – given way to sickness.  Wounded in affections – loneliness has become a companion in life, especially during this Pandemic.  People are Wounded in spirit– having forgotten we are deeply loved by God. Wounds that come from wrong choices, wounds that are evident to all and wounds that are hidden.  Sooner or later, we are all casualties to the wounds of life and we pray that someone picks us up, instead of passing us by.  So, How’s your emotional eyesight these days?  Do you see a Brother or a bother? Do you see a Sister or do you only see the sores?

The priest and the Levite passed by the hurting man.  We are given no explanation for their passing him by, but perhaps they feared being ceremonially unclean.  Maybe they feared the man was a decoy to draw in other people to beat and rob.  These men didn’t fail because they were religious; they failed in spite of their religion.  They were tired, busy and off-duty.  They passed by!  We all get tired. We all get busy.  We love being off-duty and free of responsibility sometimes. And All of us likely have felt the guilt of passing by someone who needed our help.

LOVE ANSWERS THE CALL FOR ACTION

The Samaritan moved into action.  The Samaritan, the priest and the Levite were probably all carrying wine and oil.  None of them were medically trained and all of them were on a journey somewhere else.  All the Samaritan had that the others didn’t was a compassion that moved him to action –   What became of the man who was wounded? we don’t know. But what we do know is that – one way or the other – The Good Samaritan offered him life in place of certain death

Friends, today the parable of the Good Samaritan challenges us to see the wounded around us.  It challenges us to overcome our stereotypes and assumptions and see the opportunity.  The Samaritan loved regardless by going to the wounded man, picking him up, cleaning his wounds, applying oil and bandages and giving him a little hope!

Jesus ends by saying: “Go and do likewise.”  Will we?

Lord allow us see the wounded in our lives.  Help us to see the opportunity to reach out and let us all take action to assist our neighbors in inviting them to the table. Help us to love regardless!  Amen! 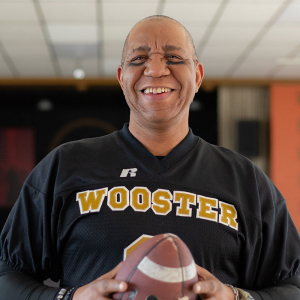