Meet Our Pastor
Get to know us

Figuring out a new church can be challenging! We know because we’ve all been there. We’ve designed this page to help you know what to expect from ginghamsburg.church.

Whenever you are part of online church at Ginghamsburg, you’ll find many different kinds of people on different parts of their faith journey. Chances are, there will be many other newcomers just like you. Whether you’re new to church and faith, or a longtime Jesus-follower, you will be loved regardless.

Get to Know Us! 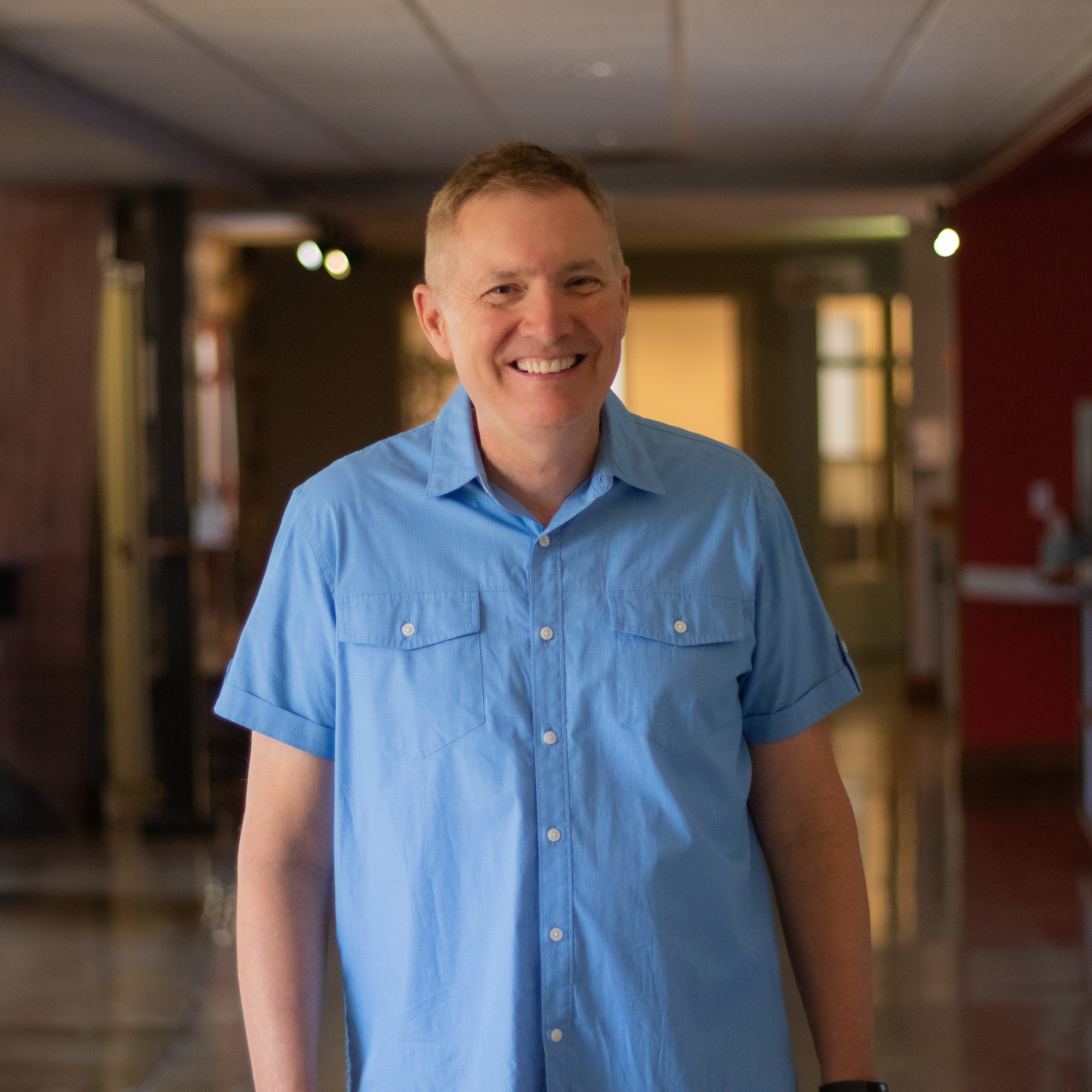 Dennis is an encourager and a people-oriented leader who has a passion for developing leaders and teams. He fully believes that ministry is a team sport.

Dennis was born and raised in Zanesville, Ohio. He met his wife, Rachel, at Asbury Theological Seminary. They will soon be celebrating their 28th wedding anniversary.

Dennis has a heart for world missions. He has traveled and led multiple teams to Central and South America and southeast Asia. He is also an avid long-distance motorcyclist. In 2018, Dennis became one of the first motorcyclists in North America to ride on Canada’s most northern, new all-season gravel road to the Arctic Ocean. He has also led seven motorcycle mission trips to Vietnam, ministering in over 40 of their 58 provinces and providing over 100 motorcycles to Vietnamese United Methodist pastors. 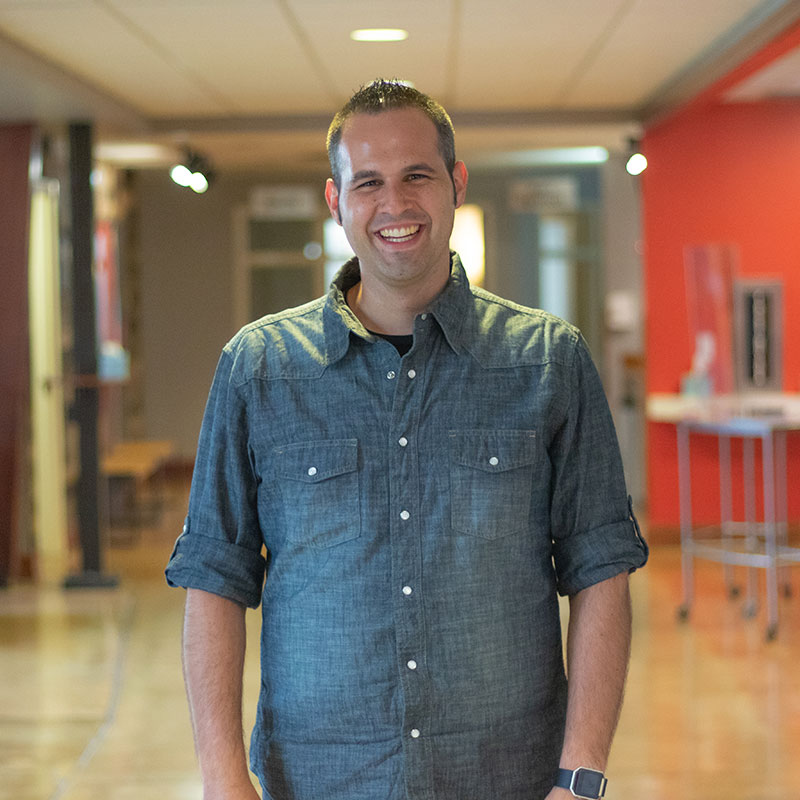 John Whirledge has a passion for seeing people connect with Jesus and other people regardless of their age, gender, ethnicity, background or physical location.

He’s served in various ministry roles since 2010, and brings a heart for digital discipleship to the Ginghamsburg movement.

He and his wife Chelsea have a daughter named Maggie, and together they love to travel, create music, golf, cheer on The Ohio State University Buckeyes and enjoy family time, especially outdoors.

How can my kids participate?

Your kids can enjoy their own worship experience each week at ginghamsburg.church. They can expect lively music to sing along with and a brief message tailored for their age stage and life experience. Parents will also find weekly Parent Cue cards to download that give fun and practical ways to reinforce the lesson with your kids throughout the week. We only get a few minutes with your kids each week, and you get 18 years. We always want to support you as your child’s primary teacher and role model.

For additional community and support from our staff and other parents, check out our Ginghamsburg Kids Facebook page.

We also offer in-person (location permitting) and online experiences for kids to connect, grow and serve throughout the month. Find all of the opportunities at ginghamsburg.church.

What about my student?

Your student in grade 6-12 can check out a short weekly Bible video and a weekly YG (youth group) experience at ginghamsburg.church.

Find additional opportunities for students to connect online and in-person (location permitting) with other students and adults, to learn new stuff and to serve within their communities at ginghamsburg.church.

Get to Know Us

One thing our church is known for is actually doing something with our love for Jesus. We believe we are the hands and feet and the bank account that God deploys for serving the world God loves. This is evidenced by the wide-ranging expressions of community partnerships born out of the passions of our people, and the millions of dollars invested in the lives of people all over the world. We’re also not shy about our focus on intentional diversity, using media and storytelling to advance the gospel and our desire to see every kid within our reach go to bed with faith, family and food. It all starts with family, and empowering the leaders of every household to guide their loved ones into a richer relationship with Jesus Christ.

Music for Ginghamsburg Online mirrors much of what you might hear on contemporary Christian radio featuring a band with guitars, drums, keyboards and a team of vocalists. Our musicians are talented, but performance is not the intention. Our style is familiar, well-rehearsed and easy to follow.

Am I expected to give money?

As our guest, we do not expect any money from you. We will invite people to give during worship, but we encourage you as a guest to let the opportunity pass you by. The offering is a way for the Ginghamsburg Church family to respond to God and join the mission of the church. If you’re new, we don’t expect you to give. Our time of worship is a gift to you.

We believe that money follows mission, not church budgets. Therefore, we will never be shy to ask for money destined to help people. Whether that’s funding our counseling center, filling our food pantry, constructing water yards in Sudan or distributing medicine in Jamaica…we can’t outgive God.

If you do consider Ginghamsburg Online your church home, thank you for prayerfully considering a regular contribution. You can set up an online giving account on our Give page.

Will I meet other people if I only worship online?

We believe we need one another as we grow into all that God has planned for our lives. Check out ginghamsburg.church for classes, life group and serving opportunities that happen both in-person and online – great ways to meet others.

If you live close to one of our physical campuses, you may choose to be a part of any offered in-person event or group, even though you worship online.

If you do not live in the Dayton or Tipp City areas in southwest Ohio, we will help you get connected for in-person meet ups, worship watch parties, community service projects and life groups with other people in your area who consider Ginghamsburg online their home church.

Also, be sure to check out our vibrant community groups on Facebook. Search on the word Ginghamsburg in the Facebook search bar and you will find them. Our Ginghamsburg Prays group may be a great place to start!

If you need to know anything else about planning you first visit feel free to contact us.