Hello! I’m Pastor Karl, Lead Pastor of our Fort McKinley Campus of Ginghamsburg Church and I am very excited about our Upstander SERIES.  Upstanders are people who step out, who speak up and who depend on God while not backing down. I want us to be encouraged to take that risk, so that we can live into God’s greatest work in us and through us.

Back in 1996, I took a risk and decided to move from Youngstown, Ohio to Dayton, Ohio. I had no job prospects in Youngstown and I had just ended a relationship, so I figured it was time to make a change and look for opportunities elsewhere. After talking with my mom and dad about moving, not only did they support my decision, but they also helped me to see that there are times in life that taking a risk is necessary. I chose Dayton because it’s fairly close to home. One of my best friends lived in Dayton and offered me a place to stay until I got on my feet. At the same time, I was applying for jobs in Dayton and landed an interview at Sinclair College. About a week later I got a call from Sinclair offering me a job on the main campus. I felt like God was making a pathway for me. I had a job, a moving plan and a place to stay until I got financially secure. So, feeling very blessed and a bit sad, I moved to Dayton and literally started my life over professionally and spiritually.

What risks do you need to consider today?

Are there places in your life where something ended, something new needs to begin, and a voice comes from inside urging you to take a risk? That’s where we find Daniel today in Chapter 2 of the Old Testament.

“When Arioch, the commander of the king’s guard, had gone out to put to death the wise men of Babylon, Daniel spoke to him with wisdom and tact. He asked the king’s officer, “Why did the king issue such a harsh decree? Arioch then explained the matter to Daniel. At this, Daniel went in to the king and asked for time, so that he might interpret the dream for him.” (Daniel 2:14-16)

The second chapter of Daniel begins with a dream the king had that troubled him so much that he could not sleep. He summoned all the wise men of the kingdom and ordered them to interpret the dream. The king commanded each one to tell him exactly what he dreamt of, not just the interpretation, and threatened wrong information with death. Their response to the king was that it was impossible to do. The king ordered all the wise men, including Daniel and his three friends, to be killed. Daniel was at a crisis point. Imagine going to see the powerful, temperamental king who had just angrily ordered your death. Daniel, however, did not shrink back in fear. He took the risk!

“He urged them to plead for mercy from the God of heaven concerning this mystery, so that he and his friends might not be executed with the rest of the wise men of Babylon. During the night the mystery was revealed to Daniel in a vision.  Then Daniel praised the God of heaven.” (Daniel 2:18, NIV)

Daniel took the risk and believed God would tell him all the king needed to know. When the king gave Daniel time to find the answer, Daniel found his three closest God-honoring friends, and they prayed.

“He urged them to plead for mercy from the God of heaven concerning the interpretation of this mystery so that he and his friends might not be executed with the rest of the wise men of Babylon.” (Daniel 2:17)

Daniel took the risk of putting his life into God’s hands and once again, God delivered on God’s promises.

“During the night the mystery was revealed to him in a vision.” (Daniel 2:19)

After Daniel asked God to reveal Nebuchadnezzar’s dream to him, he saw a vision of the dream.  Before rushing to Arioch, the commander of the king’s guard, with the news, Daniel took time to give God credit for being the source of all wisdom and power and to thank God for answering his request.

While digging into this Daniel story, I have come to find that there are three parts to risk-taking:

To step out means we leave our comfort zones and our paths of least resistance. Daniel stepped out, knowing he could be killed. The threat of death did not stop Daniel from asking for more time.

The second risk-taking step is to speak up! Daniel spoke up with wisdom and tact, asking why the king would issue such a harsh decree. He spoke up to God pleading for mercy that he and his friends would not be executed and spoke up again asking God to reveal the mystery of the king’s dream. Then with courage, humility and grace, he revealed the dream to the king.

The third part of risk-taking is that we must depend on God without backing down. You will run into challenges, you will encounter obstacles, but DON’T BACK DOWN! In his own wisdom, Daniel knew he could not perform the task that was before him, but he depended on God and the mystery of the dream was revealed.

Daniel begins his dream interpretation to the king with the acknowledgement in verses 27-29 that only the God in heaven can make this mystery known.

“No wise man, enchanter, magician or diviner can explain to the king the mystery he has asked about, but there is a God in heaven who reveals mysteries….As for me, this mystery has been revealed to me, not because I have greater wisdom than all other living men, but so that you, O king, may know the interpretation.” (Daniel 2:27-29)

He (Daniel) was careful to give God all the glory. Before Daniel told the king anything else, he acknowledged God’s help, explaining that he knew the dream not through his own wisdom, but only because God revealed it to him.

Here’s the wild part of the story: When the king received Daniel’s interpretation, he fell to the ground and said: “Surely your God is the God of gods and the Lord of kings and a revealer of mysteries, for you were able to reveal this mystery.”

This act of bowing was the king’s way of demonstrating humility and devotion to God.  Nebuchadnezzar was not ready to follow God yet, but God was gaining his attention.

My move to Dayton was an experience in stepping out as well. I had to step out to leave the comfort and security of my family in Youngstown, so that I could lean into the future God was preparing for me in Dayton. Stepping out is a faith move. When you step out, you don’t necessarily know what you are stepping into, but you know God is with you!  And that is what stabilizes you while you deal with the unknown.

As I look back on the risk I took to move to Dayton, I can say my journey has been a true adventure and an absolute blessing! I answered my call to ministry in Dayton, not Youngstown. I became a husband to the greatest wife in the world in Dayton, not Youngstown. I’ve been called to serve and lead Fort McKinley Church, all  because I stepped out, spoke up and depended on God!  You are wired to be an upstander. Take the risk and don’t back down. God will meet you there. 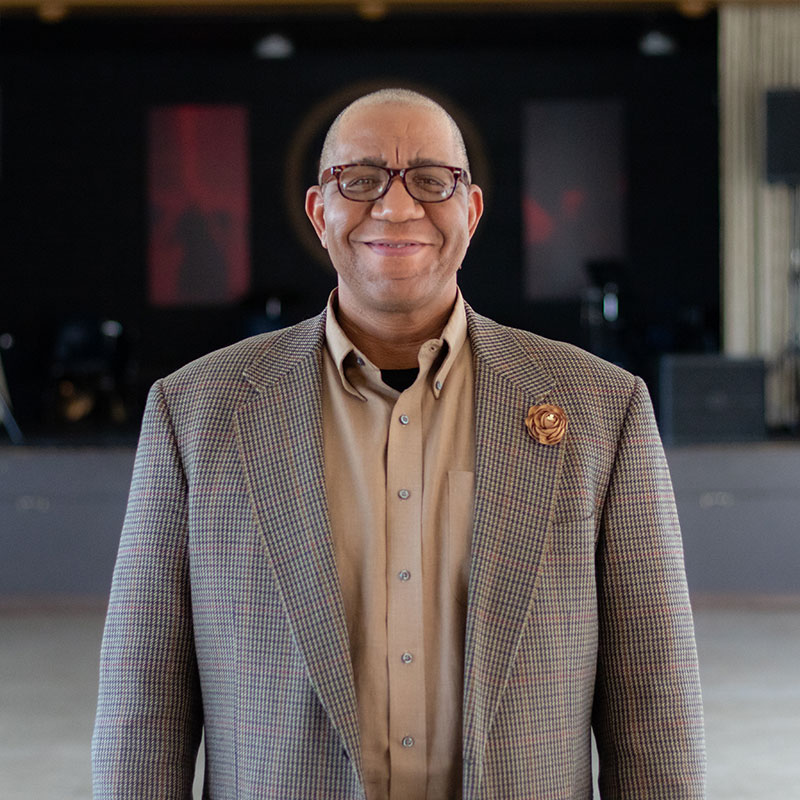