Christmas Playlist: In the Bleak Midwinter

Many of you don’t like winter. If I were to do a quick survey of favorite seasons, my suspicion is that winter would be dead last. We tend to like spring because it’s all about new life and the weather is getting warmer. We like summer because it’s hot and there’s lots to do outside (and the kids like it because no school). We like fall because we get tired of the hot and it starts to cool down and the leaves change colors. But winter, we don’t like winter. In fact, a recent poll found that the combined months of December, January, and February are the least favorite for 56% of US adults. That’s a big number.

If we were to discuss why, some of you would channel your inner Winnie the Pooh yourself and call it blustery. Or cold. Or really freaking cold. But there’s another word that we might use to describe winter, when we’ve gone weeks without seeing the sun, and the world is still and quiet, and while it may not come immediately to your mind, that word is…

It gets dark early. You don’t see the sun for days. Fall’s brilliant colors are blurred into greys and browns and it’s gloomy and a bit depressing. It’s just…bleak.

Bleak. That’s how many of us feel not just about the weather, but maybe about life in general. We look at the circumstances in our lives and we feel the weight of it all, it feels like there is a blanket of clouds over our lives, and it just feels… bleak. Our relationships can feel bleak. We just don’t feel like we have the connection we desire to have, or there’s been conflict that is weighing us down. Our work can feel bleak. We don’t find the fulfillment we expected to find, or once found in our work.

The bills, the struggles at home, health issues, all those things add to the bleakness.

When I scroll through Twitter, rarely do I think, “Man, do I feel lighter and happier because I had that experience!” So much yuck in the world, that when you look at it, it can look…bleak.

Christina Rossetti was a poet who lived from 1830-1895. And while she led a somewhat accomplished life as a poet, she experienced enough out of life that she may have viewed her circumstances as bleak. 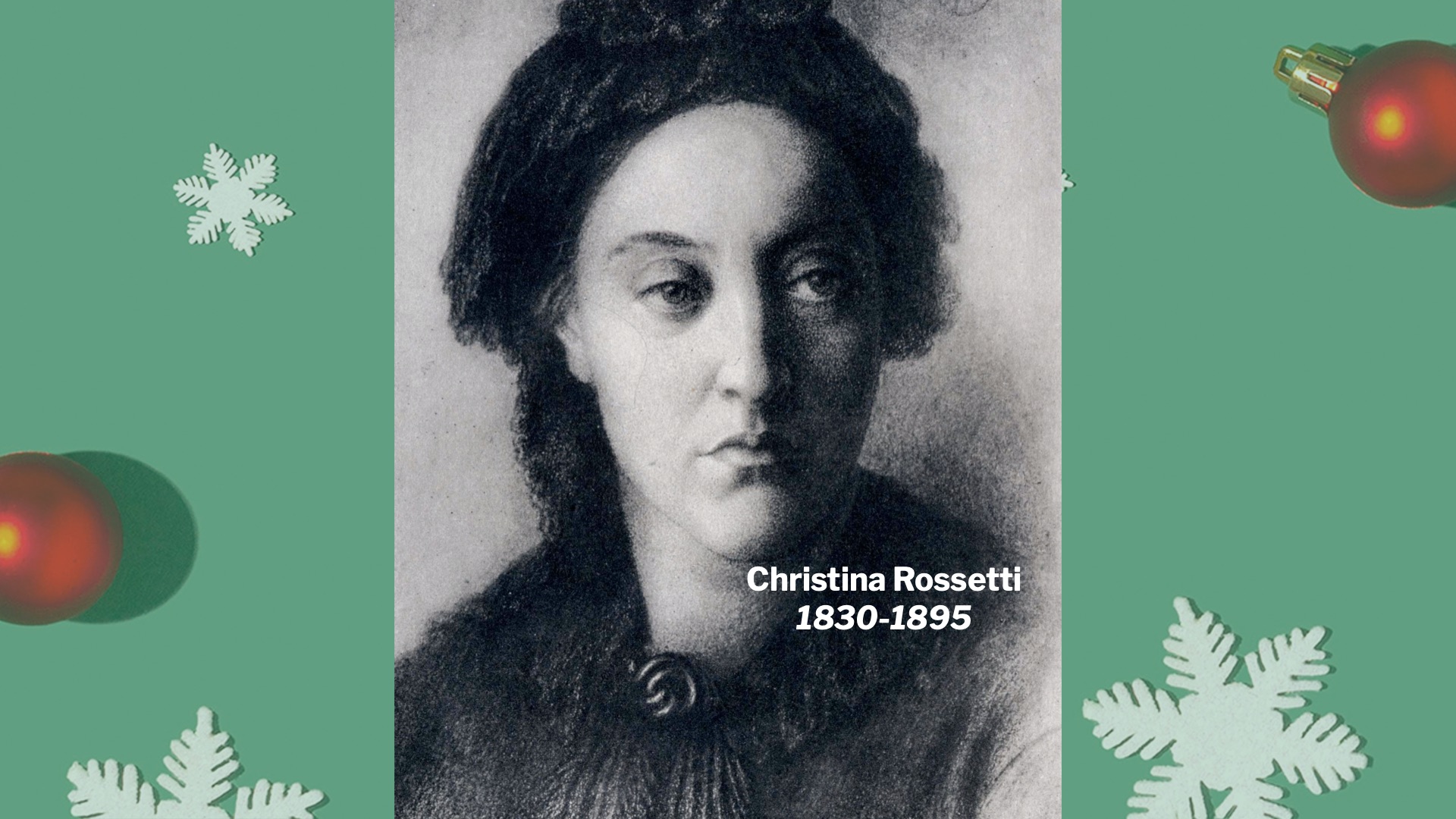 In her early years, she had to deal with setbacks that included her father’s failing health, both physically and mentally, over a period of eleven years. Try to remember what it was like to be 10 or 15 years old and imagine having to watch your dad’s health fail him. She also experienced a nervous breakdown, along with bouts of depression and related illnesses.

As it is with any artist, her own life was the lens through which she viewed the world, and it was that lens that prompted her to write In the Bleak Midwinter in 1872, also known as A Christmas Carol. Later, in 1906, Gustav Holst set the poem to music. While perhaps not the best-known Christmas song today, it was considered the best Christmas carol by some of the world’s leading choirmasters and choral experts as recently as 2008.

Rossetti masterfully painted a picture of the bleakness of the world that Jesus entered some 2,000 years ago.

When life feels bleak, the temptation I often feel is to take a step out; to escape or run away. Have you ever felt that way?

Maybe for you your stepping out takes the shape of a bottle. There’s one thing about having a drink with dinner or hanging out with your buds, but for some people, it’s a way to escape, to numb out from the weight of the world.

How many of you death-scroll? Why do we do it? Boredom? Escape? Just to experience something other than what’s going on out here in the quote-unquote “real world?” We don’t want to deal with the reality of our circumstances, so we’ll just kill some time on our phones.

Oftentimes, the hits just keep on coming. Almost never do we think, “Wow! That was hard, but at least the rest of the week/month/year has been just great. Like, I had that one bleak moment, but the sun has been shining the rest of the time, and birds are singing, and everyone I know is frolicking through the wildflowers because life is just. So. good.”

No, usually it’s more like, “Something else?! When is it gonna stop?!”

One line in the song speaks to this feeling: “Snow had fallen, snow on snow, Snow on snow.”

Our prayers often reflect our desire to step out of our bleak circumstances. We pray that God would remove whatever it is that is causing the weight in our lives – our medical issues, our work struggles, our relationship difficulties. And we look in Scripture and we read where Jesus says, “When you ask me for anything in my name, I will do it.” (John 14:14 CEB) Or on another occasion, he said, “whatever you pray and ask for, believe that you will receive it, and it will be so for you.” (Mark 11:24 CEB) So it appears that we have the ultimate step out through prayer. When life gets bleak, pray, and you will be delivered.

Well…you can’t take just one or two verses and develop your entire theology around it.

We must balance those verses with and view them in light of the entirety of Scripture. With that in mind, the reality is, pray as we may, life may still not get less bleak.

Take the Apostle Paul, for example. In his second letter to the Corinthians, he writes this: “I was given a thorn in my flesh, a messenger of Satan, to torment me. Three times I pleaded with the Lord to take it away from me.” (2 Cor 12:7-8 NIV) Bible scholars have pored over this passage and other writings to determine exactly what this thorn in the flesh was, and after much study and consultation with other experts and ancient texts, the conclusion they have come to is, “I don’t know (shrug)” They just don’t know what it was. But the thing we need to take away from this chapter in Paul’s was that he prayed time and time again for this thorn to be removed from him, for him to be delivered from this form of bleakness in his life, and God said, “No!”

God didn’t make a way for Paul to step out of the bleakness that he was experiencing.

Just minutes before he was arrested, Jesus prayed to God the Father – three times, mind you, the same number of times that Paul prayed – he prayed that if there was any other way to do this thing, any other way to redeem all of humankind, let’s do that instead. Like, this whole crucifixion thing sounds terrible, so could we do something else? But again, God didn’t save him from the pain. This bleakness was something that Jesus had to walk through. There would be no stepping out of it.

JESUS STEPS INTO OUR BLEAKNESS

Rather than giving us an escape plan, God does something even better. He sent Jesus to step into our circumstances to walk our journey with us. Emmanuel. God with us.

In my years of ministry, I have visited any number of people in the hospital or in hospice, or family members walking through difficult times, and one of the Scripture verses that I lean heavily on is from David’s psalm, what we know as the 23rd Psalm. And in that passage, David writes, “Even when I walk through the darkest valley [bleak], I fear no danger because you are with me.” (Psalm 23:4 CEB)

We don’t escape fear because we are plucked from the darkest valley. We don’t not fear because we have somehow stepped out of the bleakness of our lives. Our invitation is to not be afraid because Jesus walks with us.