This well-known carol was by the Rev. Phillips Brooks. He was probably the greatest American preacher of the 19th century. A giant teddy bear of a man. He stood 6’4. He was Boston born and Harvard educated. And at the young age of 26, he became pastor of the Holy Trinity Church in Philadelphia. Not long after his arrival, the church exploded in growth. They began with 30 children and within a year there were 1000. 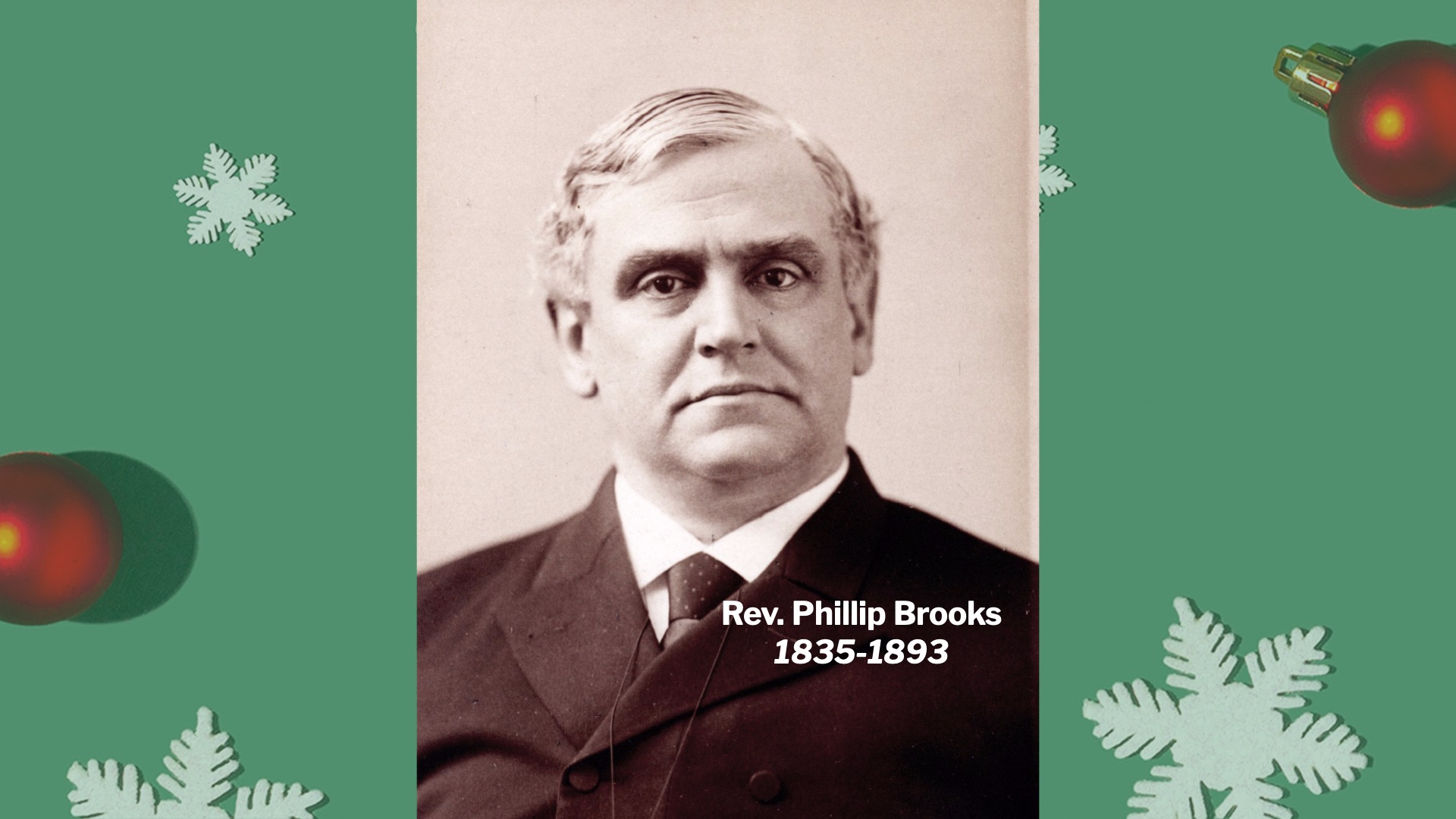 But the Civil War came and the mood in the church changed. Several of the men in his congregation were killed in battle. (Let us remember the largest battle in the war was only 125 miles away at Gettysburg.) Brooks tried to be inspirational and encourage his congregation, but it was draining him.

In April of 1865, Abraham Lincoln was assassinated in Ford’s Theater and the pain intensified. Phillips Brooks was not the President’s pastor, but when the president’s body arrived in Independence Hall in Philadelphia, 29-year-old Brooks preached the eulogy and the eulogy went viral, as it was reprinted and circulated throughout the United States.

After this, he became well-known and famous, but he was so burned out that he could not rekindle his own spiritual flame. So, he asked the church for a sabbatical and took a journey to the Holy Land. On Christmas Eve 1865, he was in Jerusalem. He then mounted a horse and went off riding south into the Judean desert. At dusk, when the first stars were out, he rode into the tiny village of Bethlehem. It was from that journey to Bethlehem, that he wrote the words to the beloved carol, “O Little Town of Bethlehem.” 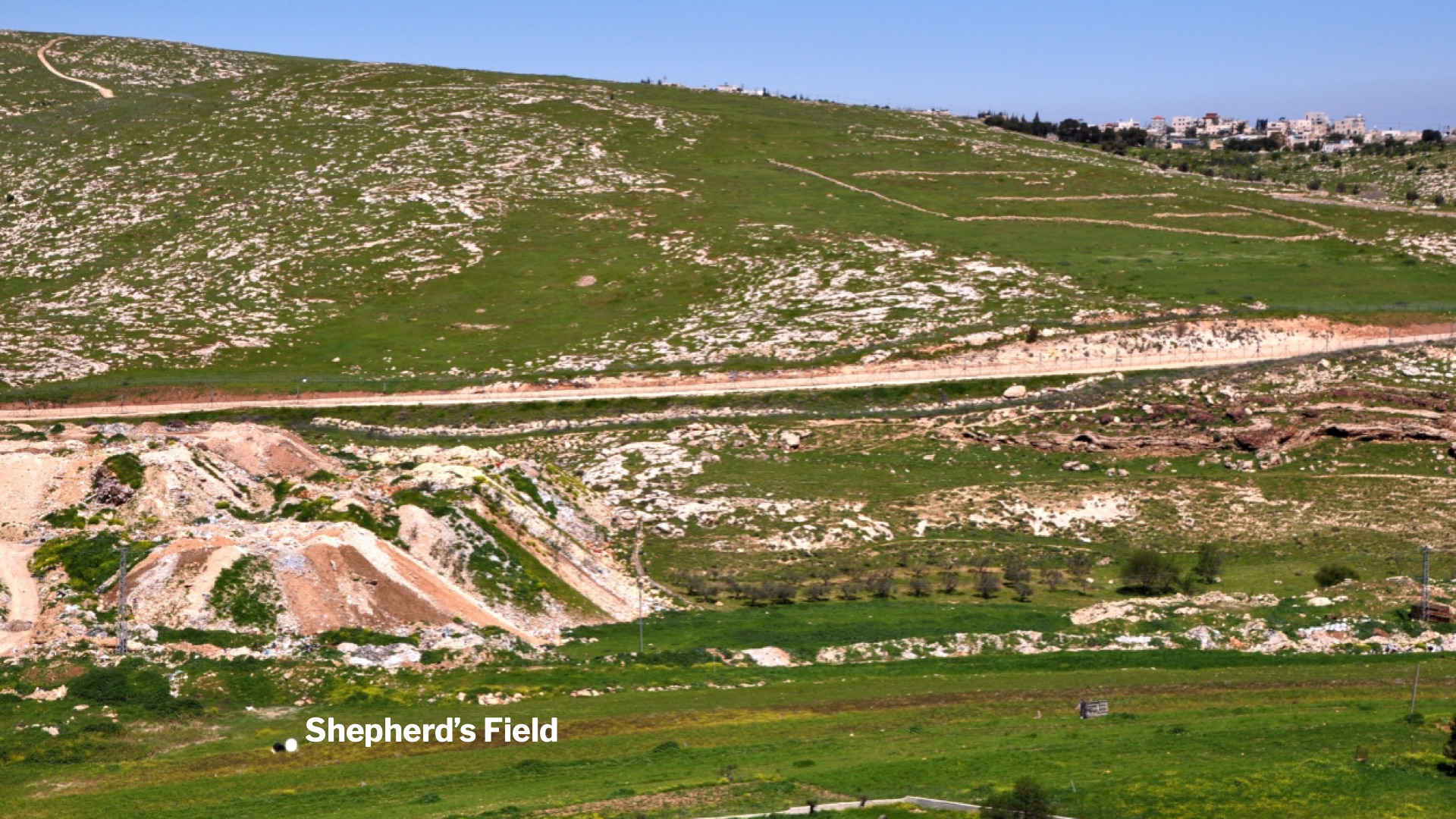 During my first visit to Bethlehem in 1995 as we were standing in Shepherds Fields overlooking the city, I recall our guide saying, we are standing in the location where Phillips Brooks was inspired to write the carol. He said, “The key phrase of that song is the line, “The hopes and fears of all the years, are met in thee tonight.

Down through the years this little song, written for little people, about a little town, has had a HUGE impact. And in that sense, this song is a symbol of Christmas itself. Because at Christmas time, little things come up big, including the Little Town of Bethlehem.

Marshal your troops, O city of troops, for a siege is laid against us. They will strike Israel’s ruler on the cheek with a rod. “But you, Bethlehem Ephrathah, though you are small among the clans of Judah, out of you will come for me one who will be ruler over Israel, whose origins are from of old, from ancient times.” Therefore, Israel will be abandoned until the time when she who is in labor gives birth and the rest of his brothers return to join the Israelites. He will stand and shepherd his flock in the strength of the LORD, in the majesty of the name of the LORD his God. And they will live securely, for then his greatness will reach the ends of the earth. And he will be their peace. (Micah 5:1-5)

The key verse in this passage is Micah 5:2, “But you, Bethlehem though you are small among the clans of Judah, out of you will come for me one who will be ruler over Israel…”

Small, ordinary Bethlehem was chosen to be the birthplace of the Messiah. This shows us two things:

God’s glory is showcased in the ordinary.

Bethlehem was not an elite little town. It was not a Biblical Troy, Ohio with all it’s quaint shops on the square decked out for the holidays. It was more like West Milton. It was more of a regular, typical small town.

Bethlehem would not have impressed you from any angle. It was kind of a suburb of Jerusalem. Its population at the time was estimated to be about 300. It was so small that in both Joshua 15 and Nehemiah 11 it is overlooked in the listing of cities in Judah.

Yet, God still selects small places to do big things.

And so friends, if you are looking for the real Christmas this year, don’t look among the extraordinary and the spectacular, look in the familiar and the ordinary. For into our very real, everyday world is where Jesus comes.

In our weakness and smallness God displays his power.

Many times we come to church and what are we praying if we listen to ourselves, “God take away my weakness so I can be strong and effective for you. The message of Christmas is that it is in our smallness that God creates greatness and power.

Although it was God working through Phillips Brooks, many give Phillips Brooks the credit for the church growth. And he was such a great speaker. One problem he had was that he spoke too fast. Someone once clocked him at 250 words per minute. Yet, people hung on every word. When God works through our weakness, he gets the credit.

That Little Town of Bethlehem reminds us that God chose to enter the world as a helpless baby. Therefore, he can identify with our struggles and sympathize with our pain.

“For we do not have a high priest who is unable to sympathize with our weaknesses,  but we have one who has been tempted in every way, just as we are–yet was without sin.” (Hebrews 4:15)

This Christmas, Bethlehem reminds us that if God comes to us as a baby with His defenses down, it is an invitation for us to come to Him with our defenses down.

If you have never knelt at the cradle, this is your opportunity. Let us all pray today Phillips Brooks’ last stanza of this Christmas carol:

descend to us we pray.

Cast out our sin and enter in;

be born in us today.”