At the time, circumcision was the marker that distinguished Jews from non-Jews.

When traditions are a part of our identity, it’s very difficult to let them go – to imagine ourselves whole and good without them.

How do we challenge the status quo – the existing state of affairs?  How do we honor our differences, while championing the identity we share?

At the College of Wooster, I was the captain of our football team for two years. 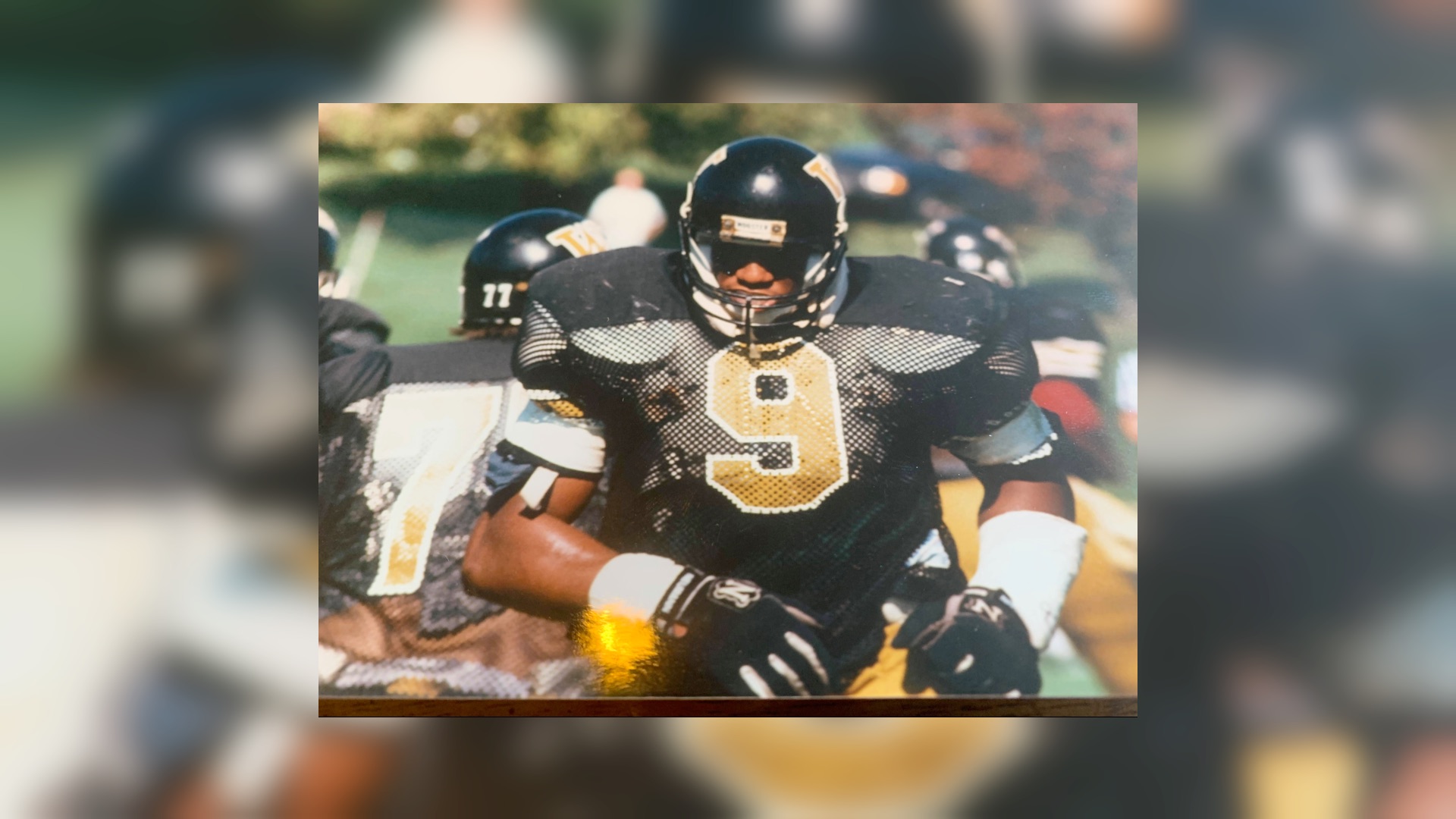 A big part of my responsibilities included getting our defense unified and collectively focused.  Our differences made it challenging. We came from different cities, states, and even countries.  We played different styles of defense, had varying experiences and subscribed to different game-time philosophies.  We also came from different cultures, races, religions and economic backgrounds. But each year, my task was to galvanize the new players and the guys who were upper-classmen into a collective unit.

We practiced together, we ate together and studied together. We worked out, went to the training room, laughed, cried and fought…all together!

We did life together and life was good.

They devoted themselves to the apostle’s teaching and to fellowship, to the breaking of bread and to prayer. Everyone was filled with awe at the many wonders and signs performed by the apostles. All the believers were together and had everything in common. Acts 2:42-44

In my opinion, this is the formula for finding unity in diversity; devoting ourselves to teaching, fellowship, the breaking of bread and prayer.

But…when the season ended and the games were over, we all went back to our respective corners; our areas of comfort and familiarity and we stopped challenging the status quo.

We stopped practicing unity in diversity because the season was over and we could get back to “normal”.

What if we stopped looking at unity as a seasonal goal?

Many of us are familiar with the term “watershed events.”  These are moments that mark a unique or important historical change. Today’s story of the First Church Council of Jerusalem is such an event.  The decision to allow Gentiles, non-Jews, into the new growing Christian community, without requiring them to observe all the traditional Jewish customs, set the stage for Christianity to become the most popular religion in the world.

Certain people came down from Judea to Antioch and were teaching the believers:  “Unless you are circumcised, according to the custom taught by Moses, you cannot be saved.” This brought Paul and Barnabas into sharp dispute and debate with them.  So Paul and Barnabas were appointed, along with some other believers, to go up to Jerusalem to see the apostles and elders about this question. The church sent them on their way, and as they traveled through Phoenicia and Samaria, they told how the Gentiles had been converted.  This news made all the believers very glad. When they came to Jerusalem, they were welcomed by the church and the apostles and elders, to whom they reported everything God had done through them.  Then some of the believers who belonged to the party of the Pharisees stood up and said, “The Gentiles must be circumcised and required to keep the law of Moses.  The apostles and elders met to consider this question.  After much discussion, Peter got up and addressed them:  “Brothers, you know that some time ago God made a choice among you that the Gentiles might hear from my lips the message of the gospel and believe.  God, who knows the heart, showed that he accepted them by giving the Holy Spirit to them, just as he did to us.  He did not discriminate between us and them, for he purified their hearts by faith.  Now then, why do you try to test God by putting on the necks of the Gentiles a yoke that neither we nor our ancestors have been able to bear?  No!  We believe it is through the grace of our Lord Jesus that we are saved, just as they are.” Acts 15:1-11

One of the first affirmations of the Council of Jerusalem is that God knows our hearts.  Peter, in his testimony before the council made this abundantly clear in verse 8 when he said, “God, who knows the heart, showed that he accepted them by giving the Holy Spirit to them, just as he did to us.”  The reality is, we are not like God.  We look at people and judge them by what we see, and our judgement is usually not gentle.  The Pharisees felt that the new Gentile Christians needed to attain their level of holiness.

God is calling Peter to challenge the status quo; the thing that’s normal and acceptable; the existing state of affairs.

Perhaps the greatest barrier to the spread of the gospel in the first century was the Jewish-Gentile conflict.  Most of the early believers were Jewish, and they thought it scandalous even to think of associating with Gentiles.  But God told Peter to take the gospel to a Roman, a Gentile, and Peter obeyed despite his background and personal feelings.

The Good News of Jesus is for everyone!

We should not allow any barrier – language, culture, race, geography, economic level or educational level – to keep us from sharing what Jesus has accomplished for all.

God saw that the Gentiles were God’s own creation and worthy of love and forgiveness. This would have been absolutely shocking to the Jews. Centuries of teaching hatred for and separation from the Gentiles, were now being unraveled.  Gentiles were considered outsiders and now they are on equal standing with the Jews.

Peter summed up his testimony by saying:  “We believe that we will be saved through the grace of the Lord Jesus, just as they will.”

Grace saves us. We are free from living the lie that power equals greatness.  Free from the lie of superiority and separatism.  Free from living the lie of unfair and biased expectations and that the earth is ours to do with it what we want.  We are free to live in a kingdom of love, service and acceptance.  Free to live in a world where there is Unity in Diversity and we can experience that grace right here, right now.

Jews and Gentiles had so little in common, with different histories, traditions, practices, customs, food preferences, culture and languages–how could anyone possibly take such dissimilar groups and make them one?

One option is to decide not to – to decide that it is impossible, leaving the two groups to segregate, isolate and look upon each other with suspicion. When chosen, this response profoundly affects Christianity’s purpose, effectiveness and attractiveness.  When the Church operates inside an atmosphere of judgement, we betray the teachings of Jesus.

We can all humble ourselves and learn from one another.

Nothing gives greater glory to God or provides a more compelling witness than when believers of different races, ethnic backgrounds and social strata come together in love and worship the Savior!

Sadly, history tells of many times when this witness was missing and left huge, gaping holes of pain and racial division in our midst. It was on June 19, 1865 that Union soldiers landed in Galveston, Texas with news that the war had ended and that all slaves were free. This was 2 ½ years after President Lincoln signed the Emancipation Proclamation, which became official on January 1, 1863. What is it about our human selves that we insist on creating categories, comparatives and division, when our Creator God, created ALL in God’s image and declared it very, very good?

To live within any other mindset or narrative, creates distance from the One who made us.

The early Church council decided that the salvation given through Jesus Christ, was a salvation for all people and that no one was excluded from the work of Christ.

By GOD’S grace we are saved to live as followers of Jesus who move through life in the freedom of God’s kingdom, rather than to be enslaved by the rules and lies of the world.

Try a restaurant of a different ethnic ownership and talk with the staff about your appreciation of their work in the community!

Watch a movie or read a book about folks of another ethnicity than your own!

Take time to engage folks who don’t look like you in conversation!

Keep looking for ways to share with new and different people! 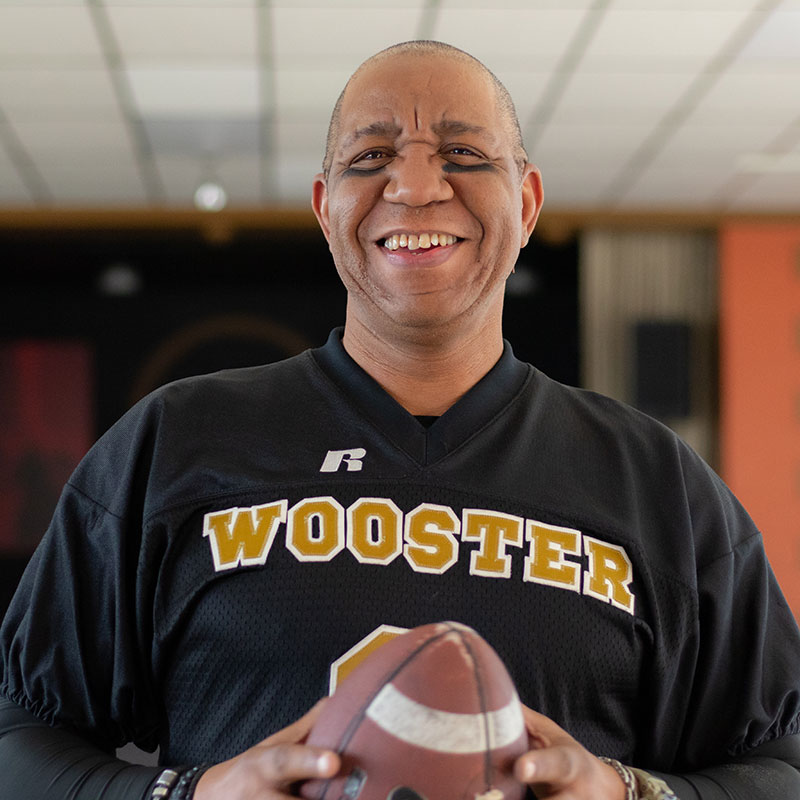