When my wife, Marcy, and I first got married, we lived in southeast Missouri. This meant that we started our life together roughly 10 hours from both of our families, mine living up near Cleveland, and Marcy’s living in southwest Ohio. This made coming home a chore, to say the least.

Our second Christmas together, as the day approached to head to Ohio to see the fam, the weather got worse and worse. And when the day finally arrived, the roads were complete trash. But we had plans. We were going home.

So we set out on our long trek to the homeland and we discovered that the roads were even worse in Kentucky – the majority of the drive – than in Missouri. Apparently, the parkways in Kentucky were not a huge priority for the powers-that-be. As a result, they were a minefield of potholes knocked out of the compressed snow and ice on the road.

HOWEVER–despite the negative aspects, there was a lot of joy in our journey. It was this: 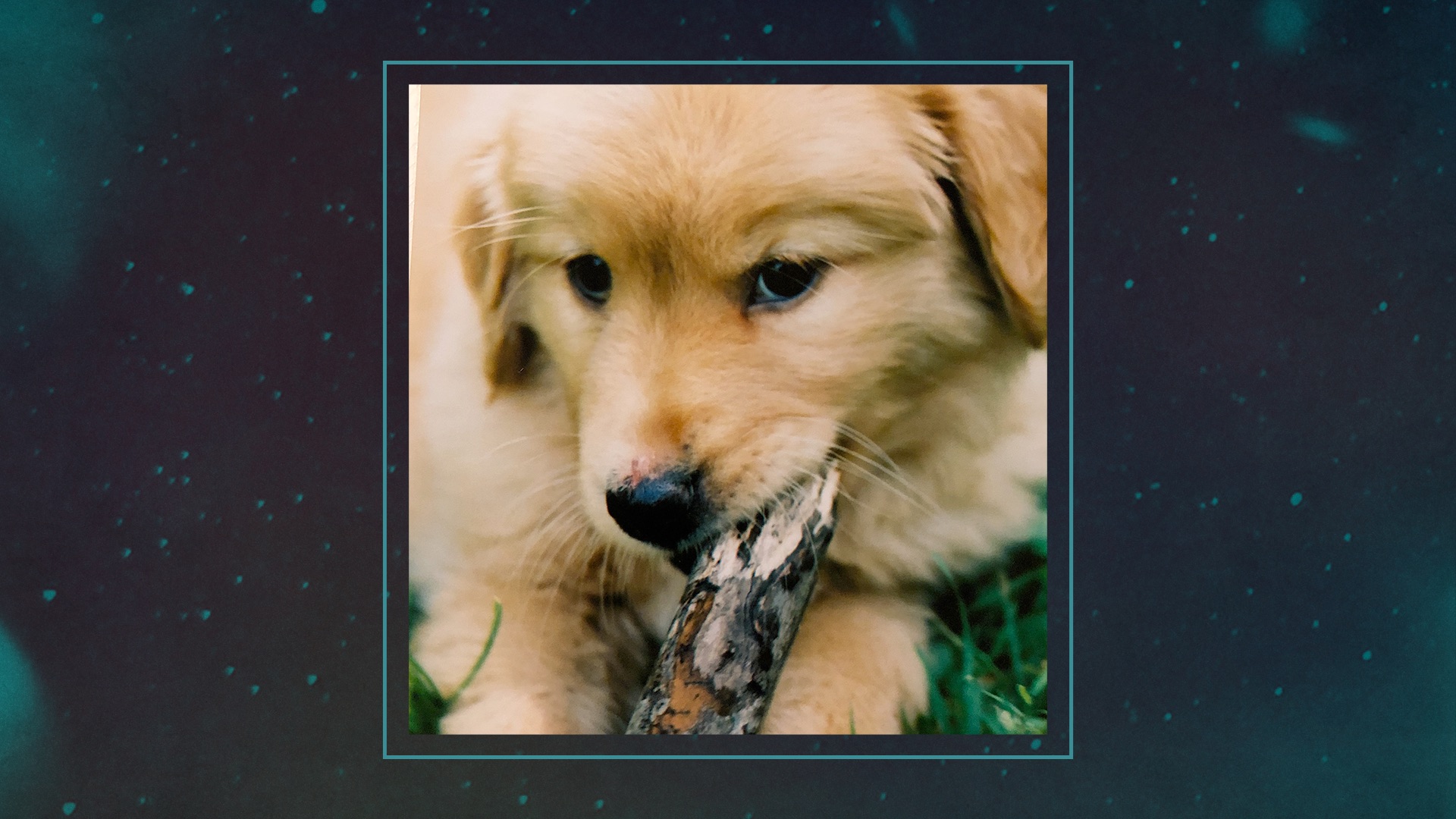 Let’s just say that she was super pumped to go on this journey with us. She didn’t sleep for the entire 13 ½ hours. When we stopped at the rest areas, she was too excited to even do her business. There was snow to play in, and all sorts of new and exciting smells and sights to experience–what could have been a very joyless experience.

From the moment we enter this world until we take that final breath, we are on a journey. And it’s a journey that is broken up by chapters along the way, lots of little journeys. But If I were to ask you to describe your own journey in one word, what would you say?

Some of you would probably say, “dark”.

If your journey feels dark, or feels painful, or something else altogether, you’re not alone. 2,000 years ago, a group of people known as the magi were on a difficult journey to meet the Christ child. But right in the middle of their journey came a feeling they couldn’t explain. They experienced something that I’m not sure they were expecting: Pure joy.

WHO WERE THE MAGI?

We all kind of know who the magi were because we sing about them every year.

We have no indication that these travelers were kings, nor that there were three of them. Sorry to ruin your Christmas.

The word magi refers to magicians or astrologers. Magic and astrology were strictly forbidden by Old Testament Law. So it’s interesting that they were some of the first to be included in this story about the coming King, about Jesus.

The book of Matthew intentionally included this intriguing detail to explain that this journey is for everyone.

It’s not just for the “really good” people.

It’s not just for the Jews, the “people of God”.

This journey that we are talking about is for absolutely everyone.

Matthew opens with a genealogy of Jesus that is essentially a list of names from Abraham all the way to Jesus. 1800 years’ worth of names. So many people scan right past this passage. But, if you look closely, you will see something fascinating. There are people included that, if you and I had been writing it, we might have conveniently left out.

First of all, we see the names of several women, and in that culture, women were not valued in the least. So by including them, Matthew is elevating their value in the eyes of all who would read.

It’s also worth noting that many weren’t exactly upstanding women. Tamar solicited sex from her father-in-law to prove a point about justice in their culture, and Rahab was a prostitute. But it’s not just about the women.

David is listed – of course – but Matthew talks about him in such a way to make sure we know that he lusted, committed adultery, and ultimately murder.

If we were sketching out our own genealogy, we would be tempted to conveniently not mention the likes of these. But here they are. And now, the magi join them in this list on their own journey toward Jesus. This journey is for everyone.

“​​Magi from the east came to Jerusalem and asked, “Where is the one who has been born king of the Jews? We saw his star when it rose and have come to worship him.” (Matthew 2:1-2)

The magi somehow sensed this was a big deal. They didn’t know what to expect, but wanted to experience the moment for themselves.

“When they heard the king, they went; and look, the star they had seen in the east went ahead of them until it stood over the place where the child was. When they saw the star, they were filled with joy.” (Matthew 2:9-10)

When they saw the star, the star that represented the promised King, they felt inexplicable joy. They hadn’t even yet come face-to-face with Jesus! But they knew their encounter was coming.

I remember when my Grandpa Win died from Alzheimer’s. He suffered for years, as did my Grandma Alice, watching her soulmate’s health deteriorate further and further. I encountered my Grandma upon hearing the news, and gave her a hug. “Did you hear about Grandpa Win?” 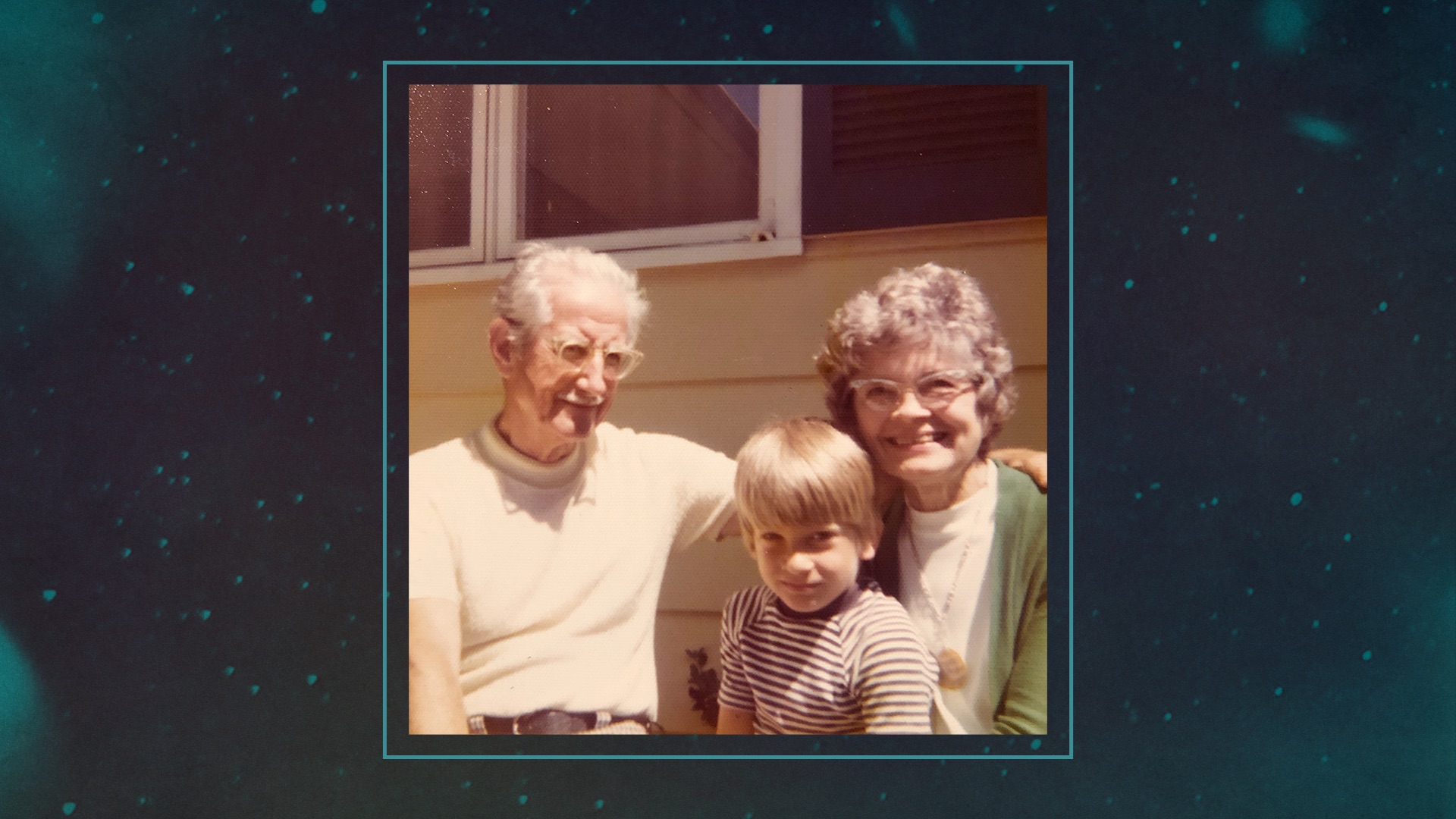 Not exactly the response I was expecting.

But she said, “As sad as I am for me, I’m that much more glad for him. He’s not suffering anymore.”

What a perspective! My grandma had joy. She could look forward and see that the final chapter of my Grandpa Win’s story – and hers – was not disease. It was not death. It was not loneliness after losing a spouse. It was none of those things. It was Jesus.

She could have joy even in the midst of her pain.

Regardless of what our current circumstances might otherwise dictate, we can have joy in our journey when we realize that Jesus is our destination.

The Journey to Joy Ends in Worship

“​​On coming to the house, they saw the child with his mother Mary, and they bowed down and worshiped him. Then they opened their treasures and presented him with gifts of gold, frankincense and myrrh.” (Matthew 2:11)

When they experienced Jesus, they worshiped. Not because of anything Jesus had done for them. What could a toddler do for a bunch of really wealthy magicians? Not a lot. They worshiped simply because they recognized that Jesus was what they had been searching for; that Jesus was the King.

“The worship most acceptable to God comes from a thankful and cheerful heart.”-Plutarch

When we come face-to-face with the realization of who Jesus is and what that means for our lives, the logical outcome is worship.

Jesus gave dignity to the downtrodden, justice to the oppressed, love to the unlovable, healing to the broken, and accountability to those in power. And when we understand that through his death he conquered sin and death and secured the promise that we can be made right with God–When we truly meet Jesus, we can experience joy on our journey because we know that Jesus is worthy of our worship.