Author Max Lucado tells the story of Chippie in one of his best-selling books.

The problems began when Chippie’s owner decided to clean Chippie’s cage with a vacuum cleaner. She removed the attachment from the end of the hose and stuck it in the cage. The phone rang, and she turned to pick it up. She’d barely said “hello” when “ssssopp!” Chippie got sucked in.

The bird owner gasped, put down the phone, turned off the vacuum, and opened the bag. There was Chippie – still alive, but stunned.

Since the bird was covered with dust and soot, she grabbed him and raced to the bathroom, turned on the faucet, and held Chippie under the running water. Then, realizing that Chippie was soaked and shivering, she did what any compassionate bird owner would do . . . she reached for the hair dryer and blasted her pet with hot air.

A few days after the trauma, the reporter who’d initially written about the event contacted Chippie’s owner to see how the bird was recovering. “Well,” she replied, “Chippie doesn’t sing much anymore – he just sits and stares.” 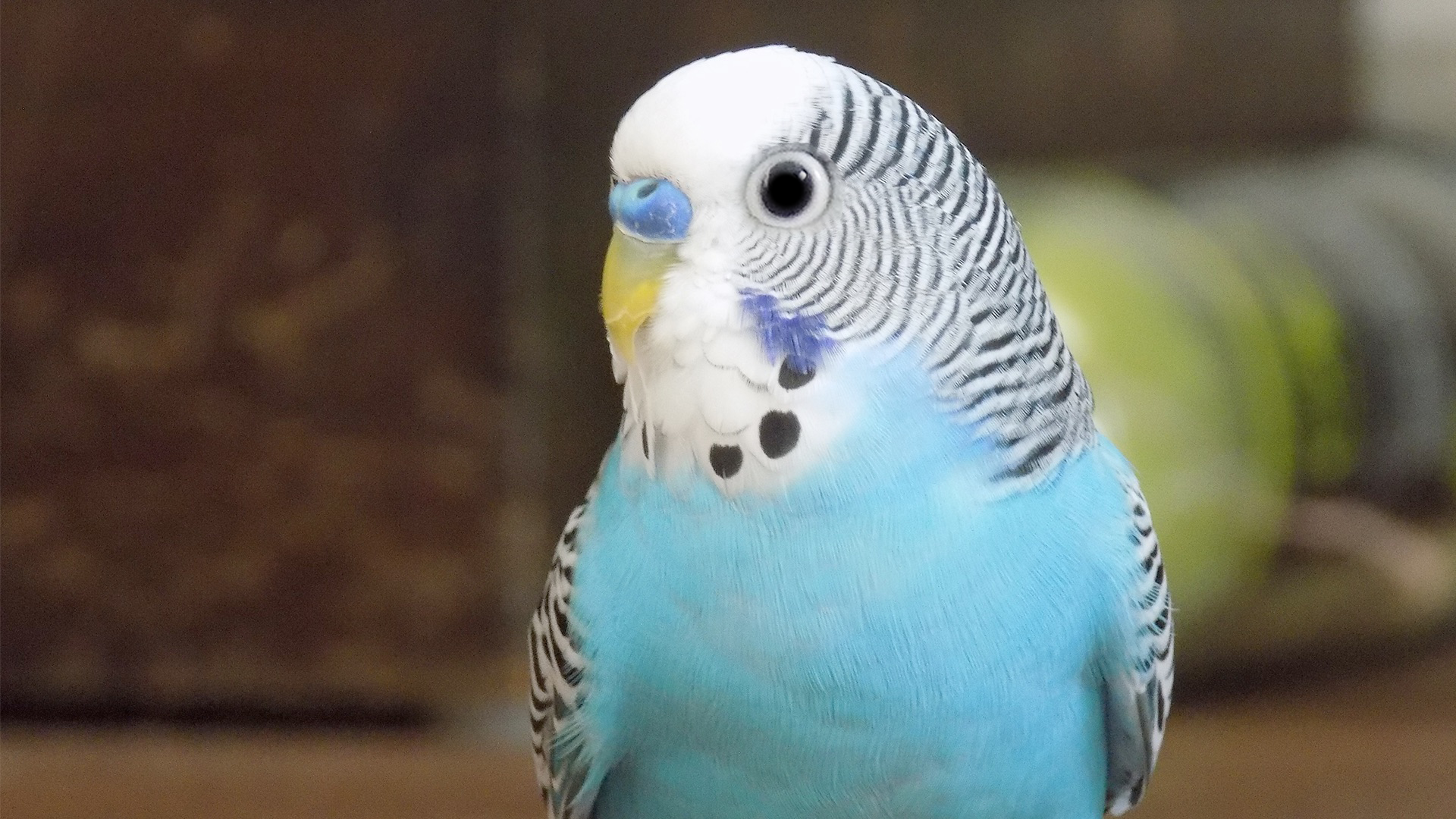 Chippie had plans to live a full, happy life, possibly have a parakeet family, and get to fly high in some capacity. And at the end of the day, all Chippie could do was sit and stare.

WE ARE ALL CHIPPIE

We’ve all made plans, only to watch them as they take a detour, derail, or completely crumble around us.

You made plans to go on a trip this summer only to have some illness or injury force you to put those plans on hold.

You made plans to get a new vehicle, but some unexpected bills popped up and you had to rethink those plans.

You made plans to stop renting and find a home of your own, only to find that homes are stupid expensive right now.

Perhaps your failed plans are even more significant: failed attempts to get pregnant or to adopt, change careers, or to retire.

It’s a tale as old as time.

As the great Jewish theologian Woody Allen once said, “If you want to make God laugh, tell him your plans.”

In fact, if we rewind the clock 2,000 years, we see that the apostle Paul, leader of the early church movement, might have said the very same thing.

Acts 28:1: “After reaching land safely, we learned that the island was called Malta.”

I need to mention up front that Malta was not in Paul’s plans. He was not taking a little cruise to this island and Luke – the author of Acts – was not just letting everyone know that he got there OK, like you might have your kids do when they drive somewhere. Right away we see a disruption in Paul’s plans. Paul was, in fact, headed for Rome, clearly a more influential location in which he could tell people about Jesus and invite them into the Jesus life. However, he faced a significant disruption in those plans. At the end of chapter 27, we read how the ship ran aground, and Paul and the other prisoners swam or floated, holding onto planks of wood, to shore.

And let’s not skim over the fact that Paul was a prisoner. That was also not in his plans…obviously.

He probably recognized that as a possibility, but that was not a part of his plan. And yet, here he is: shipwrecked as a prisoner. Good times!

However, things turn out OK, for the time being.

The islanders showed us extraordinary kindness. Because it was rainy and cold, they built a fire and welcomed all of us.” (Acts 28:2)

Paul is probably breathing a sigh of relief at this point. Finally, he gets a respite from all of the catastrophes.

“Paul gathered a bunch of dry sticks and put them on the fire. As he did, a poisonous snake, driven out by the heat, latched on to his hand. When the islanders saw the snake hanging from his hand, they said to each other, “This man must be a murderer! He was rescued from the sea, but the goddess Justice hasn’t let him live!” (Acts 28:3-4)

Everything’s good, everything’s great, we’re having smores by the campfire. Then out of nowhere, a snake pops out of the woodpile and latches onto his hand.

But it only gets worse. Not only does he literally have a snake hanging from his hand, but now the islanders are blaming it on him, saying it’s his fault he got bit by a snake. Clearly, he must be a murderer. Logical connection, right? Not so much, but it was not uncommon thinking.

“Paul shook the snake into the fire and suffered no harm. They expected him to swell up with fever or suddenly drop dead. After waiting a long time and seeing nothing unusual happen to him, they changed their minds and began to claim that he was a god.” (Acts 28:5-6)

So now, Paul has experienced something good – he didn’t get sick or die from the snake bite – so naturally, he must be a god. Naturally.

Paul’s journey through the Mediterranean region was filled with some ups, but way more downs. He might as well as not made any plans in the first place, because very few of them came to fruition as he envisioned.

When our plans get shredded, we experience a range of emotions, from annoyance, to frustration, to sadness, to anger. And if we’re not careful, we can take it one step further and put a theological spin on things, much like the islanders on Malta did, assigning the wrong message to said circumstances.

We often view our ups and downs the exact same way:

“It must not be what God wanted because God closed the door.”

“It must have been God’s will because God opened all sorts of doors for me.”

“God led me in a different direction.”

“God confirmed this decision because look at how well it has played out.”

Do any of those statements sound familiar to you? What we are really saying is, because things are good in my life, I must be smack-dab in the middle of God’s best plan – or, on the flip side – because things are bad in my life, I must be displeasing God in some way or God’s redirecting me. It’s not far removed from what those islanders on Malta believed. But I suspect that we are, as the great Caedmon’s Call song from the 90’s said, mistaking ‘happiness for blessing.’

The reality is, there’s nothing really to support this theology, so don’t give your circumstances the headline when they may only deserve a footnote.

The problem is, because of this line of thinking, it could actually derail us from how God truly is leading.

If we flip over to 2 Corinthians, Paul lists what he has experienced as an apostle of Jesus Christ – and dude, what a list!

“I’ve been imprisoned… I’ve been beaten more times than I can count. I’ve faced death many times. I received the “forty lashes minus one” from the Jews five times. I was beaten with rods three times. I was stoned once. I was shipwrecked three times. I spent a day and a night on the open sea. I’ve been on many journeys. I faced dangers from rivers, robbers, my people, and Gentiles. I faced dangers in the city, in the desert, on the sea, and from false brothers and sisters. I faced these dangers with hard work and heavy labor, many sleepless nights, hunger and thirst, often without food, and in the cold without enough clothes.” (2 Corinthians 11:23-27)

What if Paul had taken the same attitude about his circumstances that we tend to adopt today, given them the headlines instead of the footnotes?

Any one of those happenings in his life would have been fodder for him to say that God was displeased, or leading him in a different direction, urging him to bail altogether. And if he had, where would we be? Who knows? It may have literally changed the course of Christianity as we know it.

Each of the early disciples faced hardships, too, including martyrdom, that could easily have been interpreted as God closing the door in their lives.

Friends, hardship is a part of being alive. But we are here because those first followers of Jesus did not, in fact, interpret their circumstances in that way.

While on earth in human form, Jesus himself was functioning smack-dab in the center of God’s design for his life. Anyone want to argue that fact? I didn’t think so. And yet, opposition abounded. “The religious leaders always giving me a hard time, God must be telling me to do something else. People leading me to a cliff to throw me off? Clearly, God is trying to redirect me. Arrested, falsely tried and crucified? There couldn’t be a more obvious sign that the door on this particular path for my life is closing.” Thank God that Jesus refused to interpret these challenges as God’s disfavor or we’d all be lost, figuratively and literally.

If we want to be able to truly determine how God is moving, how God is leading, whether or not God is redirecting us, in light of the changing circumstances in our lives, we must listen. Not to the noisy clang of our failed plans, although that will still be there. But we need to listen for and to the still, small voice of God.

When you do the hard work of getting still to listen, it right-sizes the voices in your life. It puts the sometimes still, small voice of God in the place of the headline in your life, reducing the noisy failed plans to the footnote.

Let’s not get derailed like Chippie, simply sitting and staring at your plans as they fly out the window. Press on for God’s best for your life.