My first job was being a caddy at Clover Note Country Club in Cincinnati. After that, I cut grass for $2.50 a yard. And then, in high school, I played in a band and made $80 a gig. After high school, I worked in a bakery before going to college for $27 a week. When I turned 18, I got a job in a grocery store where I worked for three years. And then, I finally landed in the career that would form my life. I worked 45 years in the local church as a pastor.

Now I’m in my fifth year in my new ministry coaching young pastors.

It’s amazing how much of our life is spent working!

Open your Bible to Acts 18. Here, we join the Apostle Paul as he becomes the vehicle for the spread of the Christian movement.

“Paul left Athens and went to Corinth. There he met a Jew named Aquila, a native of Pontus, who had recently come from Italy with his wife Priscilla, because Claudius had ordered all Jews to leave Rome. Paul went to see them, and because he was a tentmaker as they were, he stayed and worked with them.” Acts 18:1-3

Have you ever noticed how many people in the Bible are identified by their profession, or occupation?

How many times have you met someone, and after a while, you’ll ask, “what do you do?”

Paul was a tentmaker. He stayed in Corinth and he worked.

Work is God’s means of provision.

We’re in a time where manna no longer falls from the sky.

“you will eat the fruit of your labor, blessings and prosperity will be yours.” Psalm 128:2

A better interpretation of that word prosperity is not how we think of wealth today, but it means well-being or blessing. Well-being will be yours.

“In all toil there is profit but mere talk leads only to poverty.” Proverbs 14:23

Tents weren’t for camping. They were used by Shepard Bedouins. In Israel today you’ll still see the Bedouins and the tents made out of leather as they travel to find grazing for their sheep. Tents were also used for Roman soldiers. So in Paul’s time it was an industry. 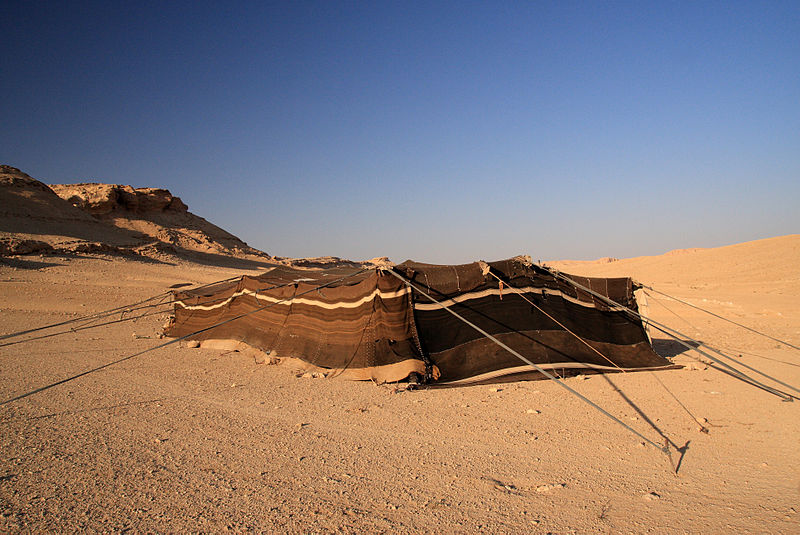 A modern Bedouin tent in the Syrian desert

Jesus was a carpenter.

Lydia, one of Paul’s first converts, was a dealer in purple dye which at the time was more valuable than gold.

Fishing, for many of Jesus’ disciples, was not a hobby, it was in industry. The disciples left their nets to follow Jesus, but they still had to eat. We see in scripture multiple times where Jesus finds them back at the boats.

King David was a shepherd before he became a king, called out for his skill of hand and integrity of heart (Psalm 78). David also had a side gig is a skilled musician.

NOT what you don’t have…you need to use what you have to get what you need.

In 2 Kings 4, we read about a wife of a man from the company of prophets (let’s say her husband was a pastor). She comes to Elijah and says, “My husband, who was a good man has died, and now his creditors are coming to take my two sons as slaves.”

In this context, there was no such thing as a welfare system. With the loss of her sons, she was losing all means of provision. Elijah looks at the woman and said, “What do you have in your house?”

What gifts do you have?

What talents do you have?

What education do you have?

What vision for the future do you have?

The woman says, “There’s nothing except a little olive oil.”

Elijah tells her to collect empty jars from her neighbors and to fill each one with the oil she had.

“When all the jars were full, she said to her son, “Bring me another one.” But he replied, “There is not a jar left.” Then the oil stopped flowing. She went and told the man of God, and he said, “Go, sell the oil and pay your debts. You and your sons can live on what is left.” 2 Kings 4:6-7

My great grandmother used to can jellies. One by one, her neighbors would catch wind of her delicious jellies, so it became a small industry. The profits from one can would fund the next two cans. Then the profits from those cans could fund four, and so on and so on.

A jar of homemade jelly

You have to use what you have been given!

We are co creators with God.

“The LORD God took the man and put him in the Garden of Eden to work it and take care of it.” Genesis 2:15

There are two dimensions to this kind of work.

Work is your physical contribution.

All of us, whatever we do, is for the common good. Our work is centered in service to others.

I see this with highway workers. I was on Interstate 275 around Cincinnati last night. It was raining and dark. These highway workers were out in their Yellow Jackets in the rain doing heavy duty kind of work. They’re working in service that benefits others.

Trash collectors come and get our trash! Think about the people committed to separate recyclables. Sometimes we diminish people’s work but all work is literally meant to help others.

Work is your financial contribution.

You and I are the only bank account God has.

I don’t see money from falling from heaven, do you?

The work of Jesus in the world, from caring for the widow and the orphan, to making disciples–that comes for you and I.

We work to make a financial contribution. That’s why it’s so important to spend less than you earn.

Debt is not your friend!

10% of my income always goes to my local church.

I live off the rest.

But some of us have potential to do more. Much of the extra income I’ve earned from writing books has funded scholarships for at-risk teens. By not spending more than we earn, my wife Carolyn and I can more readily meet everyday needs of everyday people.

We make the world better by loving regardless.

You and I have been given a commission.

“You did not choose me, but I chose you and appointed you so that you might go and bear fruit—fruit that will last—and so that whatever you ask in my name the Father will give you.” John 15:16

You and I have been placed strategically in the places where we work and in the communities where we live. We will be the only presence of Jesus that many people will ever experience.

In our places of work, we need to understand who we represent.

You are Christ’s ambassador.

Admittedly, work is not everything (remember sabbath), but it is a gift. 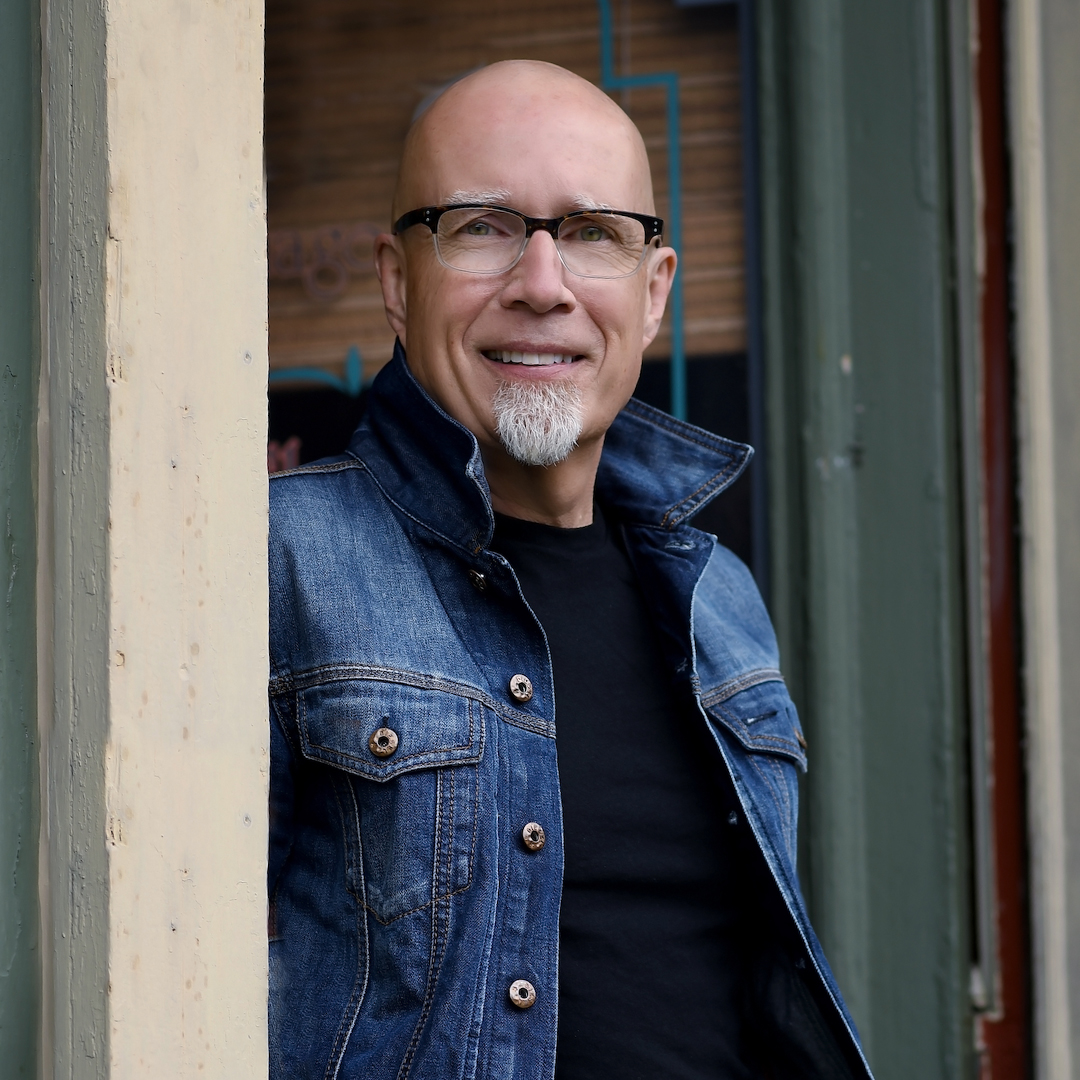