Skip to content
You are Gifted to Give | Pastor Rachel Billups

Today’s blog is not twisting your fingers to give to the church.  It’s not a financial guilt trip. It’s not “with 3 easy installments of $19.99 you can get your gold star with Jesus!”  There’s been way too much spiritual manipulation in the church world, and many of us have a bad taste in our mouth when it comes to faith and money.

Today’s blog is about a call Jesus made to his disciples long ago:

“ Heal the sick, cleanse the lepers, raise the dead, cast out devils: freely ye have received, freely give” (Matthew 10:8 NIV).

Let’s take a look at the book of Philippians, which was written by the Apostle Paul. This book of the Bible is a letter to the Church in Philippi while Paul was in prison.

1st century prison is very different than the industrial complexes that have evolved in our world.

Many folks sent to prison in the first century would potentially die there.  Someone – a family member, or a friend – literally had to bring you food, clothing, and resources. It took people outside the prison to keep you alive.

He’s depending on the generosity of others to keep him alive.

It’s a beautiful picture of the abundance of God.

“Moreover, as you Philippians know, in the early days of your acquaintance with the gospel, when I set out from Macedonia, not one church shared with me in the matter of giving and receiving, except you only; 16 for even when I was in Thessalonica, you sent me aid more than once when I was in need. 17 Not that I desire your gifts; what I desire is that more be credited to your account. 18 I have received full payment and have more than enough. I am amply supplied, now that I have received from Epaphroditus the gifts you sent. They are a fragrant offering, an acceptable sacrifice, pleasing to God. 19 And my God will meet all your needs according to the riches of his glory in Christ Jesus. 20 To our God and Father be glory for ever and ever. Amen.” (Philippians 4: 15-20 NIV).

Some people live with a theology of limitation.

Some people live with a theology of abundance.

Which kind of person are you?

We have to manage our resources without controlling them.

There’s a fine line between saving and hoarding, and the difference is a matter of how you perceive God.

Bottom line: what kind of God do you have?

We don’t have a money problem, we have a faith problem.  Our God is a God of abundance.

“I rejoiced greatly in the Lord that at last you renewed your concern for me. Indeed, you were concerned, but you had no opportunity to show it. 11 I am not saying this because I am in need, for I have learned to be content whatever the circumstances. 12 I know what it is to be in need, and I know what it is to have plenty. I have learned the secret of being content in any and every situation, whether well fed or hungry, whether living in plenty or in want. 13 I can do all this through him who gives me strength” (Philippians 4: 10-13 NIV).

God is going to provide.

AN ABUNDANCE OF GIFTINGS

Last Easter we shared the story of Morgan Ott. Morgan is a teenager in our church who has suffered a terrible experience of Covid-19, but through an attitude of positivity became a source of hope for many.

Well, Morgan became knows as “the Covid Girl.”. Not exactly the identity she had in mind for herself. So for her fifteenth birthday, she decided to rewrite the script. Instead of accepting presents, Morgan collected $500 worth of food for our food pantry. What a gift! 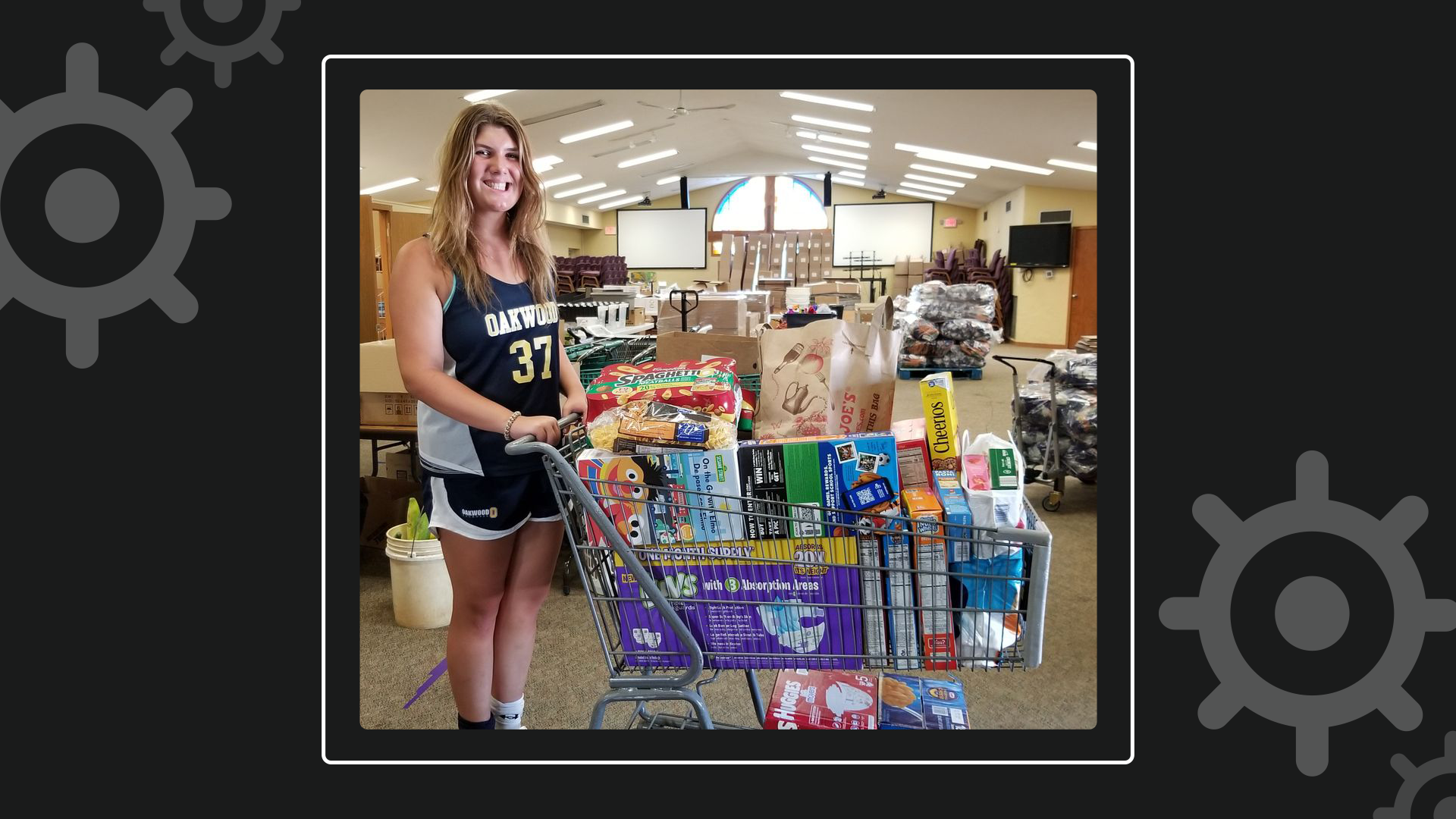 AN ABUNDANCE OF RESOURCES

When I was in high school, an older woman named Narcy approached me at church.  She knew I was preparing for college, and had a sense that I was going to serve God in some way.  So, she gave me $50 a month for gas every single month until I graduated!

The pastor hadn’t made a plea and no one told her I needed the money.

But I needed the money.

My family had been through a really tough season, but Narcy didn’t know that. She was prompted by a nudge from the Holy Spirit and provided for me.

“Not that I desire your gifts; what I desire is that more be credited to your account. 18 I have received full payment and have more than enough. I am amply supplied, now that I have received from Epaphroditus the gifts you sent. They are a fragrant offering, an acceptable sacrifice, pleasing to God” (Philippians 4: 17-18 NIV).

A couple of weeks ago, I received a late-night message from my friend Emily.  Emily had seen an ad for an old school Trapper Keeper—the same one she wanted in 4th grade but her mom didn’t have the resources to buy.

Following her deepest desires, she set out to buy herself a Trapper Keeper (finally!). While she was at the store, she overheard a single mom on the phone, “there’s no way I can afford all these school supplies!”

What if it wasn’t about the Trapper Keeper, but about helping a single mom experience God’s abundance?

Emily asked this young woman if she could buy the school supplies.  At first the mom hesitated.  But then she said yes.

In Emily’s own words, “We got ALL the school supplies: book bags, markers, crayons, pencils, erasers, folders, pencil boxes, paper, tissues, and enough glue sticks to stick a 40-pound child to a wall, name brand of course, because I wanted those kids to fit in just like everyone else. I’ve said it once, and I will say it over and over again: God never puts me where I don’t belong exactly when He needs me to be His hands and feet. Sometimes it’s a whisper, sometimes it’s a hard nudge, and tonight He lured me with a Trapper Keeper!” 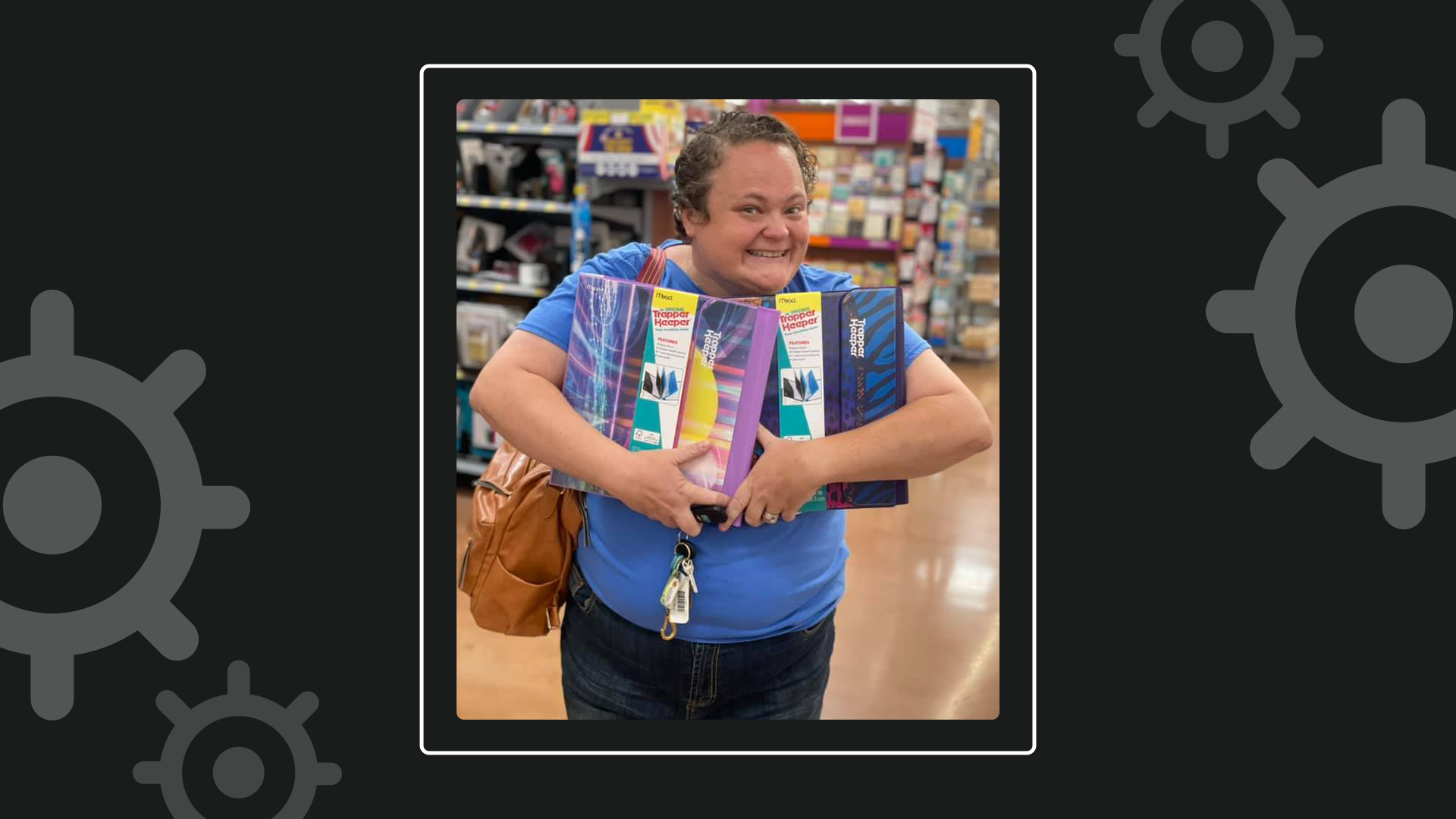 We are not earning a spot in heaven, we are living out of God’s abundance of resources.

Jesus wasn’t beating up on rich folk—money is an incredible gift to share!  It’s not about everybody being rich, but in god’s economy folks are fed, bills are paid, and needs are met.

AN ABUNDANCE OF LOVE

“For God so loved the world that he gave his one and only Son, that whoever believes in him shall not perish but have eternal life. 17 For God did not send his Son into the world to condemn the world, but to save the world through him” (John 3:16-17 NIV).

God freely gave his one and only Son to the whole wide world.  God didn’t hold back, but rather gave you and I a gift that truly has transformed the world.

At Ginghamsburg we say, love regardless.

Love isn’t love until it finds a tangible demonstration.

Freely we have received, freely we give.

You can watch the full message here: